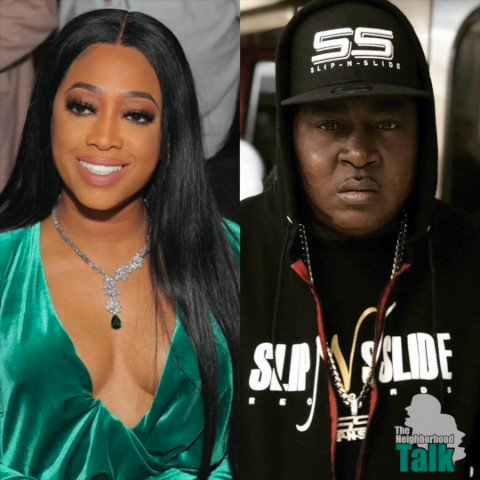 Miami rapper Trina is catching heat after she referred to protestors as “animals” on Wednesday morning. “They need to make the curfew at 6 p.m.,” the “Love and Hip...
by Zach Freeman June 4, 2020 192 Views

Miami rapper Trina is catching heat after she referred to protestors as “animals” on Wednesday morning.

“They need to make the curfew at 6 p.m.,” the “Love and Hip Hop: Miami” star, 45, said on her 99 Jamz morning radio show, insisting that Miami-Dade Mayor Carlos Gimenez move the time up from 9 p.m.

She continued, “Keep everybody off the street, these animals off the streets, that are running around in Miami-Dade County acting like they have escaped from a zoo. Lock them up at 5 p.m. so the streets can be nice and clean, that’s how I feel.”

The “BAPS” artist went on to vent her frustrations over a friend’s business being destroyed, adding that national outrage won’t bring back those who have lost their lives to police brutality.

“We can’t bring back nobody lives that has been taken away, whether it’s from the police or the hands of another civilian,” she continued. “We cannot bring them back. You cannot pump life back into them at all. I can’t bring back my little brother’s life, his life was taken by the hands of a man, a black man.”

She also insisted that many claiming to be protestors are simply opportunistic looters who, “are not even caring” about the death of George Floyd.

The reality star’s comments — specifically her likening of protestors to “animals” — didn’t sit well with many, including fans of the hip hop artist who are now looking at her with new eyes.

“I’m obviously very disappointed and disgusted with Trina’s remarks,” wrote “The Read” co-host Kid Fury, a self-professed super-fan of the Florida MC. “It hurts, but I don’t love a single celebrity more than Black life and the preservation of it. I’m removing my stan card and getting back to focusing on what matters.”

Writer Evette Dionne added, “Trina is a capitalist, just as many Black celebrities are. Nothing matters more than ‘lawfulness’ because it upholds a system they continue to profit from. No one should be surprised by any celeb expressing support for curfews designed to curb ‘looting.’”

In response to the backlash, Trina seemingly doubled down on her radio rant.

“Some of y’all are plain f–kN ignorant and nothing nobody do will help period,” she tweeted. “I’m at work and I’m muthaf–kn ready.”