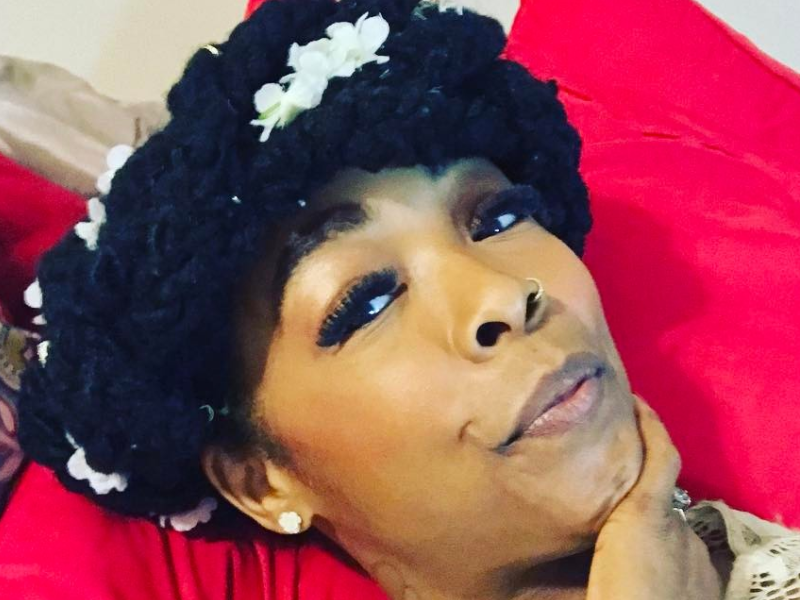 Khia is causing controversy on Instagram after joking about Hurricane Irma destroying Tampa! The rapper said she wants the storm to ‘cleanse’ the girls out of her hometown! Read...
by Joy Smith September 7, 2017 1547 Views

Khia is causing controversy on Instagram after joking about Hurricane Irma destroying Tampa! The rapper said she wants the storm to ‘cleanse’ the girls out of her hometown! Read her full comments here.

Oooh boy. Khia, 39, took to the comment section on rapper Flyboy Breezy‘s Instagram to cause a little controversy on a post about Hurricane Irma (it appears to be since deleted). The category 5 hurricane is blowing through the Caribbean, and is expected to cause incredible damage to Puerto Rico and Florida — even worse destruction than Hurricane Katrina. An Instagram account that apparently belongs to the “My Neck, My Back” rapper shockingly posted that she wants the hurricane to hit Florida, specifically her hometown of Tampa! Why would anyone want that to happen?

Well, Khia apparently commented a couple times on the post about the storm. “I hope it wipe they f*ck a** out. The only way those spider monkeys will root and leave. Please lord,” she wrote, adding the crying laughing, tidal wave, and coffin emojis. ” I said was that The Tampons in Tampa needs a deep, thorough cleansing, inside and out for 40 days and 69 nights #beachboywipeout and they mad. That’s all I said. Callers the lines are open, we have now opened up the lines.” She included the wave emojis and crying laughing faces again.

Hurricane Irma is expected to be the strongest storm EVER in the Atlantic.There’s an expected 20 feet of rain in some areas, and winds are currently at 185mph around Puerto Rico, and 155mph at the Florida coast as of press time. The storm by far surpasses Hurricane Andrew, which destroyed Florida in 1992. To put things in perspective, this is going to be worse than Hurricane Katrina, and worse than Hurricane Harvey, which has put Houston practically underwater, and driven over 30,000 Texans from their homes.

Rapper Young Vaca mentioned Khia in an Instagram story, and posted a screenshot of what she apparently wrote back to him. Vaca posted: “If Beyonce donated 7 million dollars to Houston, who tf funna donate to Tampa? Khia where you at hoe?” Khia wasn’t moved by his plea, writing back in the DMs, “Ain’t my city I hope them b*tches drown”. Whoa! Here’s hoping she’s just kidding.

Are you offended by Khia’s Hurricane Irma comment? Let us know.

Video: Cardi B and Remy Ma just might have a collab in the works!