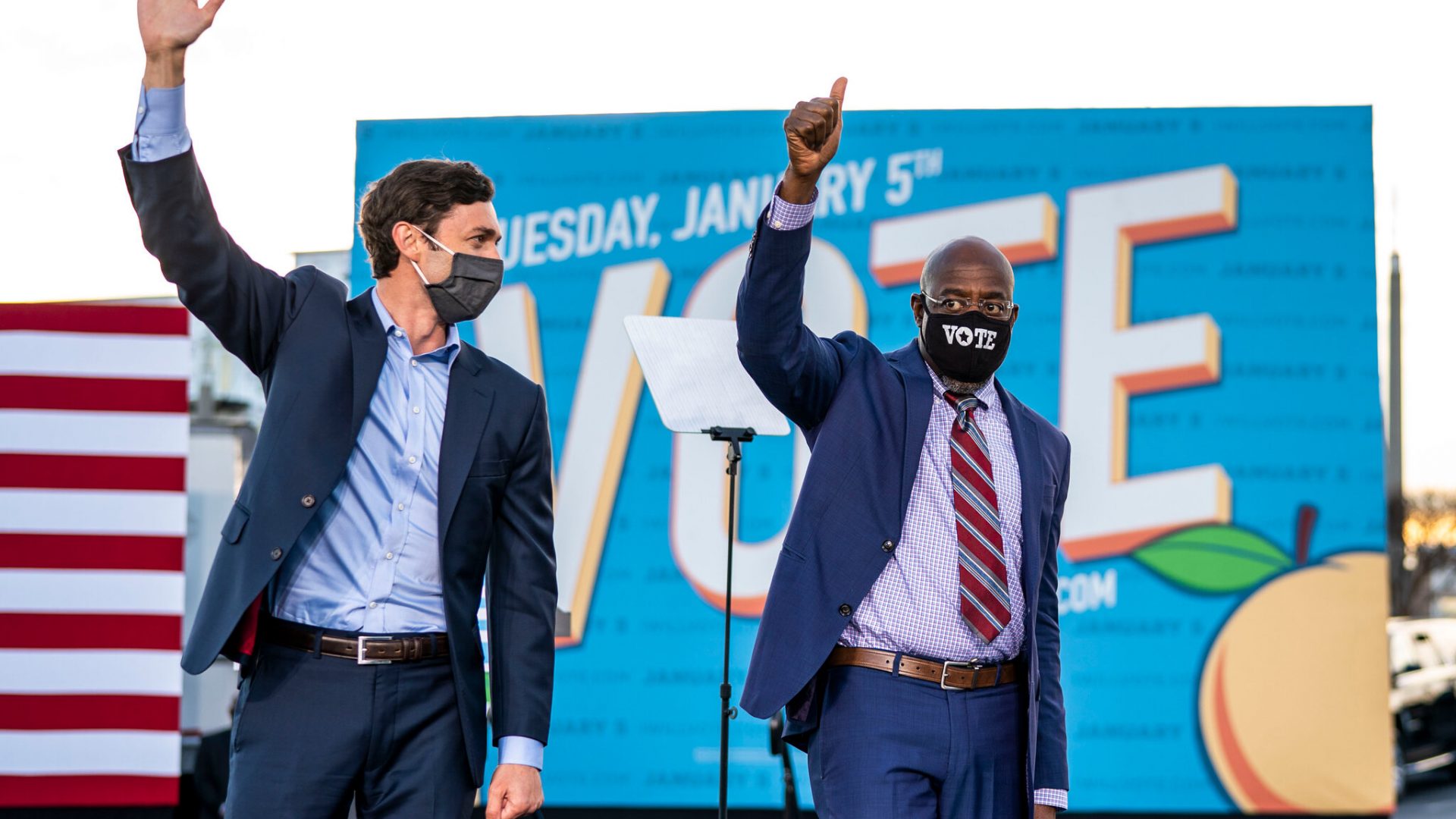 David Perdue, a Republican whose Senate term ended on Sunday, has faced a competitive challenge from Jon Ossoff, a documentary film executive. In November, Mr. Perdue fell just short of the majority he would have needed to avoid a runoff, winning 49.7 percent of the vote, while Mr. Ossoff had 47.9 percent — a difference of about 88,000 votes.

Race called by The Associated Press.Updated 30m ago98% REPORTED

98% of the estimated vote total has been reported.OssoffPerdue4.4 million votes reportedEstimated votes remainingSee results for all races in Georgia

Note: Absentee vote data may not be available in some places. November margin shows the difference between the total vote shares for Perdue and Ossoff in the general election.

Some states and counties will report candidate vote totals for mail-in ballots, but some places may not report comprehensive vote type data.

Savannah’s native son Rev. Raphael Warnock is projected to be the first African American from Georgia to go to the U.S. Senate. Warnock is the projected winner in the Senate runoff against Kelly Loeffler.

In the Hostess City, Regina Brewton couldn’t be happier. She grew up with Warnock in Kayton Homes, a public housing project.

“He was always at our house playing football on the porch but from a little boy he was preaching,” she said.

Warnock was best friends with Brewton’s brother, Hershel, and says they went to elementary school, middle school and high school together. Her brother would go on to college and ultimately work for the FBI. Warnock would also go on to college and then serve as the pastor of Ebenezer Baptist Church in Atlanta, where Martin Luther King Jr. once served and preached.Warnock, Ossoff win in Georgia, handing Dems Senate control

Brewton showed News 3 pictures of Warnock and her brother from high school. She says her brother died five years ago.

“So I get a little emotional because my brother is gone and they were best friends. He would have been right on Raphael’s tail campaigning with him and I know they say ‘the dead don’t know’ but I feel like my brother is smiling on Raphael today,” she said.

Recognizing that Warnock will be the first African American from the state to serve in such a high office, Brewton says he will make his native city proud.

“This morning, realizing that he was our senator, and it was just tears of joy, tears of joy,” she said, adding, “This is a historic moment for us, for Savannah, for his family and I’m just so happy that his mom is here to witness this.”

And she repeated a phrase that Warnock and her family learned to live by: “Your upbringing does not determine your outcome.”

“History was made in Georgia,” Johnson said. “Georgia has evolved in that we were not only elect the first African American to represent Georgia in the United States Senate but the first Savannahian (to go to that high office) in 150 years.”