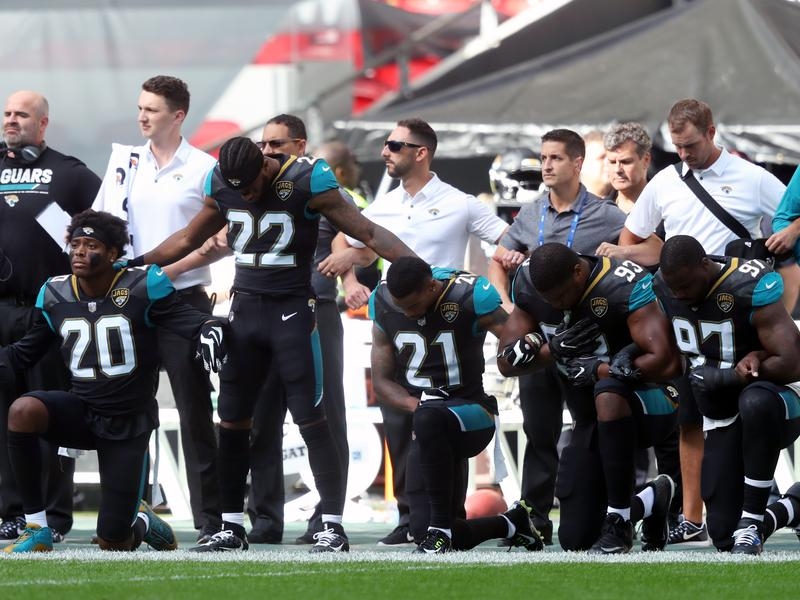 EDITORIAL: RACE RELATIONS 2017: Where do we go from here?

In the wake of the heavy racially charged tumult taking place throughout America, one can only wonder what the future holds in store for such a divided country. In...
by Zach Freeman September 25, 2017 642 Views

In the wake of the heavy racially charged tumult taking place throughout America, one can only wonder what the future holds in store for such a divided country. In response to the use of vulgarities by President Trump during a rally in Alabama on Friday, NFL owners and players alike locked arms and stood in solidarity towards police brutality as the national anthem played. Then when you couple that with the war of words between the President and players of the NBA, there seems to be a direct correlation between sports, politics, and race in America.

Many NFL players spoke of unity as their justification for the protest. Julius Peppers felt as though President Trump was coming for his brothers. He believes the NFL is a brotherhood and when one person comes for the brotherhood they must all stand in unity. NFL owners also locked arm in arm with their players to show that they do support their players. Many of whom, gave lucrative donations to President Trump’s campaign.

The protests on Sunday by NFL players and owners was a great first step to combat racism in the country. However, for this movement to really gain traction their must be strategic planning in the next steps toward combatting police brutality and racism. Which leads to my principle problem with protest in 2017. Dr. Martin Luther King once said that we live in a ten day nation. In today’s society, it is more like a ten hour nation. Every ten hours there is a new trend, new protest, or new event that diverts America’s attention. It is almost as if we are puppets to the media. Where is the continuity?

This problem is especially apparent within the African-American community. In the 1950s and 60s, the African-American community stayed on the same page through black radio. They knew what they were doing, what to wear, where to stand, how to dress, and when to be there. The purpose was clear and concise and they envisioned an end goal when they began their fight. Today is vastly different, there is no voice of reason or leadership. If we have Al Sharpton saying one thing, then Jesse Jackson saying another, then Deray Davis saying another no one knows who to follow, and this disorganization is what stifles progress every single time.

It is hard for me to agree with the protest of the NFL because I do not see an end goal. Is the goal to take money away from a 16 billion dollar industry? Is the goal to stop the singing of the national anthem? Until we create our own league, with our own money there will continue to be the $40 million dollar slaves, doing whatever their owners tell them to do. I just want to know what direction we are headed in so maybe I can provide conscious, clear effort and insight. Family, I need some help. Let me know.

AT&T has made a website to help locate family in Puerto Rico!

Paris and Prince Jackson caught riding into the sunset!