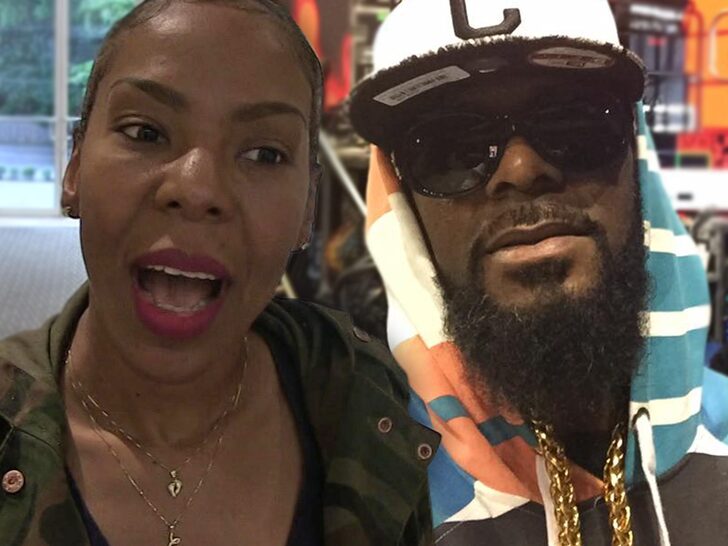 R. Kelly‘s ex-wife is out to make it known she has nothing to do with the second installment of the ‘Surviving’ docuseries … and has a list of reasons...
by Zach Freeman December 11, 2019 227 Views

R. Kelly‘s ex-wife is out to make it known she has nothing to do with the second installment of the ‘Surviving’ docuseries … and has a list of reasons why she declined to participate.

Drea Kelly says the new official trailer for “Surviving R. Kelly Part II: The Reckoning” is misleading to audiences … because it makes it looks like she was involved.

That’s because the trailer shows a clip of Drea from the original ‘Surviving’ docuseries that aired in early 2019 — in which she had a substantial role — and she’s not happy about it.

Drea says she’s been adamant about refusing to be part of the follow-up, but despite her requests to not be linked to it … Lifetime did it anyway.

She says she got a lot of negative backlash from the public after the series aired, but on top of that, she has many grievances with the network and production company. She says her requests to not contact her kids and family members about ‘Part II’ were ignored, and there has been a general lack of support, security and aftercare for survivors who participated.

Drea says she wants to reiterate — “she has no involvement, did not approve any footage or stills of her likeness and is not actively promoting, nor consulting the follow-up series.”

It’s interesting because another notable person is featured in the new trailer — Kelly accuser, Lisa Van Allen. However, she also told us herself she has nothing to do with ‘Surviving Part II’ because she’s not pleased with how Lifetime has been handling the subject matter.