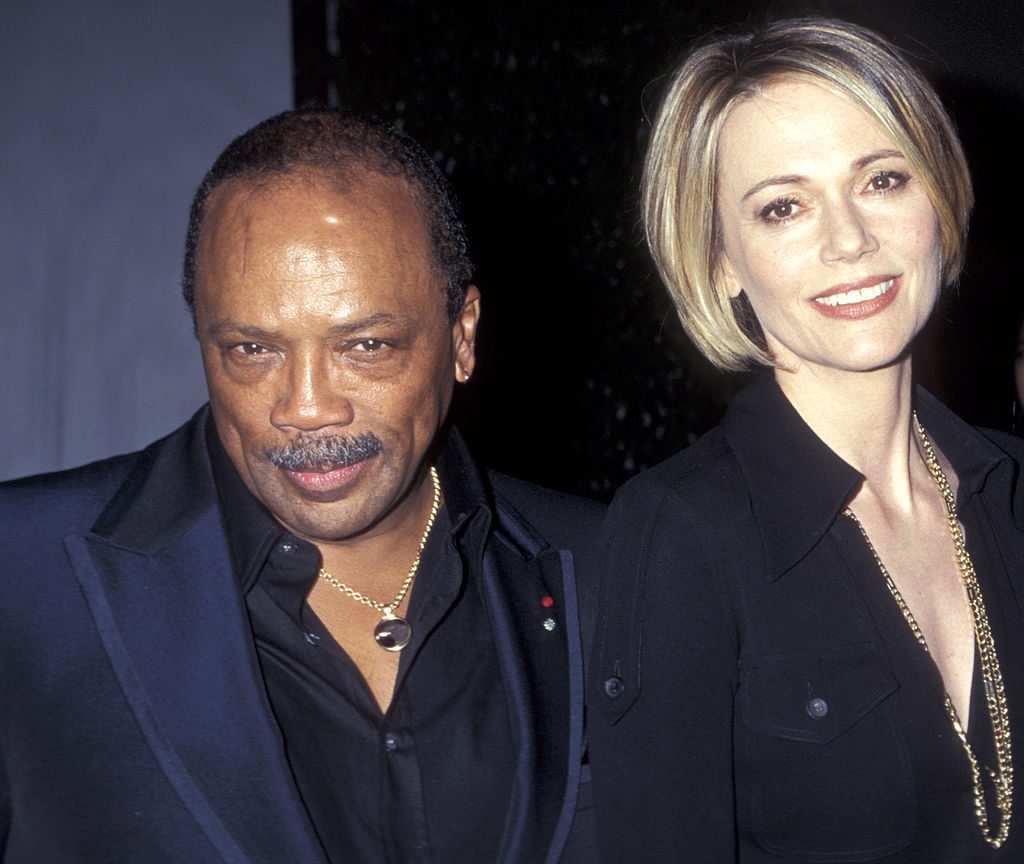 On Tuesday evening, Quincy Jones, broke his silence following the death of his ex-wife, Peggy Lipton, and paid tribute to the woman he shared 14 years and two daughters with....
by Joy Smith May 15, 2019 1681 Views

On Tuesday evening, Quincy Jones, broke his silence following the death of his ex-wife, Peggy Lipton, and paid tribute to the woman he shared 14 years and two daughters with.

The Grammy-award winning producer shared a note from him and his daughters—Kidada Jones and Parks and Recreation actress Rashida Jones—on Twitter, along with a photo of himself and Lipton when they were young.

“There is absolutely no combination of words that can express the sadness I feel after losing my beloved Peggy Lipton,” he wrote. “My wife of 14 years. We shared many, many beautiful memories, and most importantly, we share two incredible daughters… Pie (Kidada) and Doonkie (Rashida).”

The Mod Squad actress and Jones were married from 1974-90, separating prior to their divorce.

“Regardless of the paths that our lives took us on,” Jones’s tribute continued. “I can say with the utmost certainty, that love is eternal.”

To his fans, he added, “Thank you all for the love and support you’ve shown me and my family.” 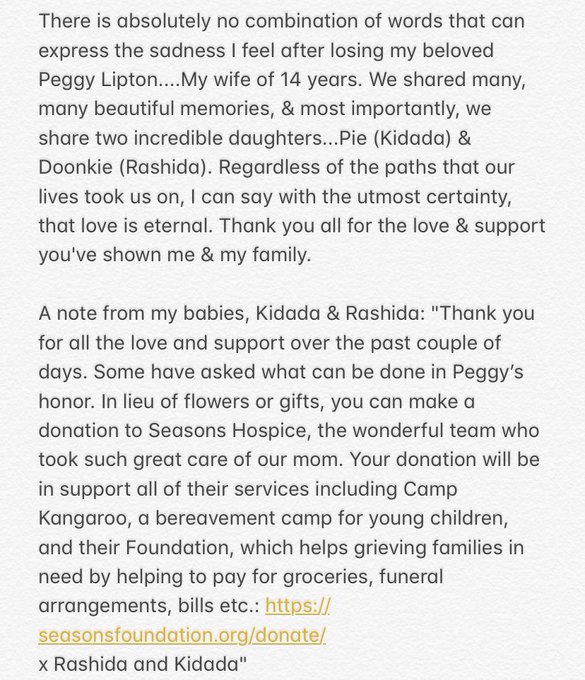 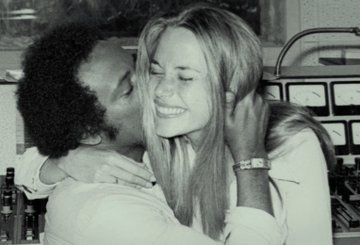 Kidada and Rashida also thanked fans for the support during their time of grief, asking that people donate to the Seasons Hospice Foundation.

“In lieu of flowers or gifts, you can make a donation to Seasons Hospice, the wonderful team who took care of our mom,” the sisters jointly wrote. “Your donation will be in support of all of their services including Camp Kangaroo, a bereavement camp for young children, and their Foundation, which helps grieving families in need by helping pay for groceries, funeral arrangements, bills, etc.”

In a statement to the Los Angeles Times that was later obtained by PEOPLE, Lipton’s daughters confirmed that she had passed away from cancer on Saturday, at the age of 72.