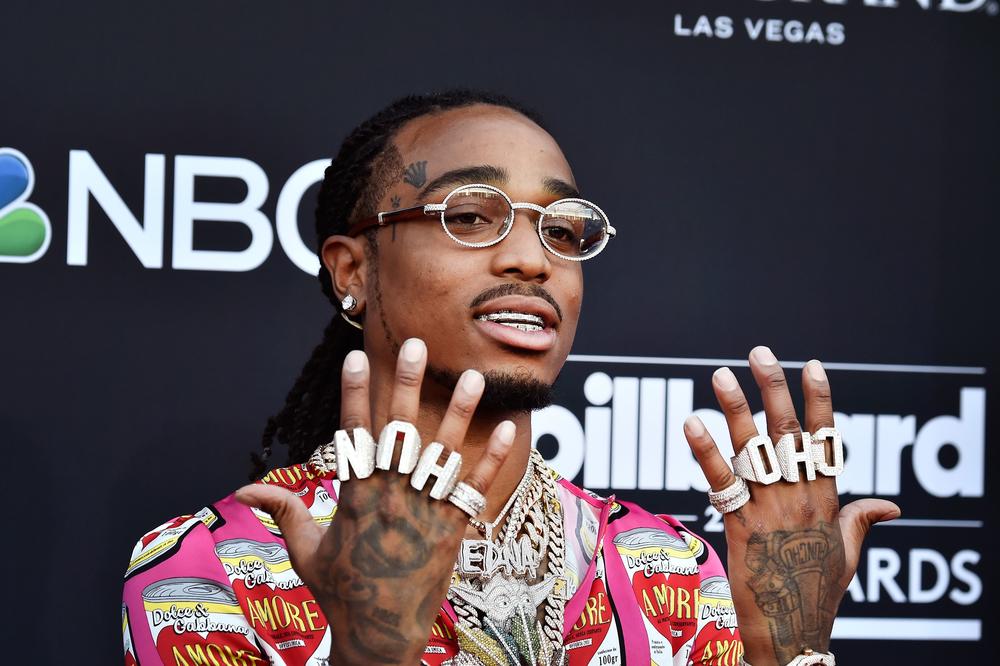 Quavo appears to be responding to Nicki’s “Barbie Dreams” with his own song “Huncho Dreams.”

Quavo just came through and released his long awaited solo album, Quavo Huncho, and it’s a monster. The project contains a whopping 19 songs in total and features guest appearances fro some of the biggest name in music, including Drake, Travis Scott, Kid Cudi, Cardi B, Madonna, and of course Migos bandmates Takeoff & Offset, among others. While there are several standout cuts from the project, there’s one track in particular that’s already raising eyebrows, and thats track #3 “Huncho Dreams,” which looks to be a response to Nicki’s “Barbie Dreams.”

Quavo appears to be addressing his alleged relationship with Nicki Minaj on the song, rapping several clues throughout the track. Quavo starts out by spitting, “She said I hurt her feelings 52 times (Two),” which is in reference to Nicki telling Zane Lowe she was hurt by the whole “Motorsport” fiasco. He the continues on mentioning Nicki’s name and referencing their collab “For Keeps,” among other things.

“Call up queen (Nicki)
The queen can’t flex on a young bull (Flex)
Made her scream (Scream)
Chanel, I bought her two of ’em
You can check IG (Hey, IG)
‘Cause when she post, it go up (Go)
Is she for keeps? (For keeps)”

As Complex points out, “Young bull” is a Philly phrase used quite often by Meek Mill, Nicki’s ex-boyfriend. And if that’s still not enough, Quavo also references Nicki’s name later in the verse, actually flipping Drake’s “In My Feelings” and spitting, “Nicki, Nicki, do you love me? (Please)/Why you crying? (Why?).”

Take a listen to the song for yourself (below) and be sure to check out some of the reactions from fans on twitter as well.

Kanye West’s bizarre West Wing anticsmight have dominated the news of the day, but Migos’s Quavo is here to serve you a well-earned night call, releasing his new Quavo Huncho album a few hours before its expected October 12 drop.

Last week, Quavo revealed the album’s cover art, which raised many questions, with its fantasy vibe (read: Quavo’s face framed by creepy tree branches, a bird of prey, and two dragons). While we don’t have many answers to what inspired that aesthetic yet, we do have a 19-song album, which includes the three songs he dropped in August, “Lamb Talk,” “Bubblegum,” and “Workin Me,” as well as features from Cardi B and Madonna (on a song titled, “Champagne Rosé”), Drake, 21 Savage, Travis Scott, and more.

The whole album clocks in at a little over an hour, which is hopefully just long enough for you to fall asleep and dream about Cardi, Madonna, and Quavo sipping sparkling pink wine while cutting their track. Please fill my cup, too. Listen below.