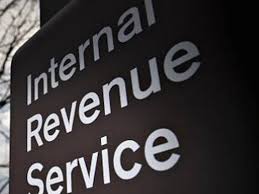 The Senate is assessing President Donald Trump’s choice to head the IRS: Charles Rettig, a Beverly Hills tax lawyer who would face the colossal challenge of overseeing the most sweeping...
by Katricia Brown June 28, 2018 395 Views

The Senate is assessing President Donald Trump’s choice to head the IRS: Charles Rettig, a Beverly Hills tax lawyer who would face the colossal challenge of overseeing the most sweeping overhaul of the U.S. tax code in three decades. 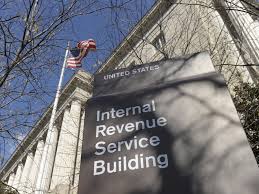 Rettig has represented thousands of individuals and companies in civil and criminal tax matters before the agency and against it in court. He also defended Trump’s decision to break with tradition by refusing to release his personal tax filings during the 2016 presidential campaign.

Rettig on Thursday comes before the tax-writing Senate Finance Committee for his confirmation for the post of Internal Revenue Service commissioner. Democrats on the panel are expected to ask him, given his defense of Trump’s tax position, if he will uphold the political independence of the IRS and whether he will work for the benefit of the average taxpayer in implementing the new tax law — a complex, $1.5 trillion package muscled through Congress by the Republicans last year.

His clients have included affluent taxpayers seeking to strike deals with the IRS to turn over information on offshore bank accounts in exchange for reduced penalties. He has sued the IRS on behalf of clients seeking to reduce their tax penalties, and chaired the IRS advisory council, which acts as a public forum for discussing tax issues with agency officials.

If confirmed by the Senate, he would take over an agency that has been pummeled for years by Republican lawmakers and seen its funding slashed by 20 percent since 2010. The vetting of Rettig comes as the independent IRS watchdog warned that funding cuts have eroded the agency’s ability to provide high-quality service to taxpayers and to upgrade its aging technology.

“Because of these reductions, the IRS doesn’t have enough employees to provide basic taxpayer service,” Nina Olson, the National Taxpayer Advocate, said in her midyear report to Congress released Wednesday. “The compliance and enforcement side of the house has been cut by even more.”

At the same time, Olson says she has “no doubt” that the IRS will successfully administer and enforce the new tax law.

The tax-filing season earlier this year for 2017, the last one under the “old” tax regime, went well, officials said.

But on April 17, the filing deadline, the bottom fell out. Key elements of the IRS computer system crashed, bringing an unwelcome surprise for taxpayers who had waited until the final day to file online. The website for making payments and gaining access to other key services was down due to what officials later described as a “high-volume technical issue.” It came back online late that day, and affected taxpayers got an extra day to file.

Although a relatively new piece of hardware caused the crash, “the incident illustrates the fragility of the IRS’ aging technology infrastructure,” Olson’s report says. It urges Congress to act to provide the needed funding and oversight.

The Finance Committee chairman, Sen. Orrin Hatch, R-Utah, has said attention will be focused on ensuring the IRS is well staffed and has the necessary technology to serve taxpayers and reduce fraud.

Video: U.S. Immigration and Customs Enforcement could be a thing of the past ??? #AbolishICE