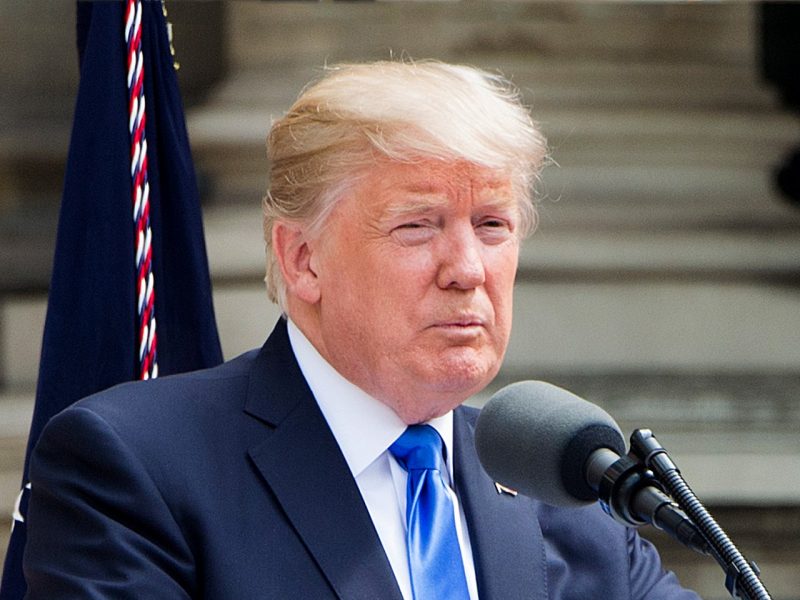 President Trump blasted former White House strategist Steve Bannon after Bannon called Donald Trump Jr.’s meeting with a group of Russians “treasonous,” saying that when “he was fired, he not only...
by Katricia Brown January 3, 2018 438 Views

President Trump blasted former White House strategist Steve Bannon after Bannon called Donald Trump Jr.’s meeting with a group of Russians “treasonous,” saying that when “he was fired, he not only lost his job, he lost his mind.”

​”​Steve Bannon has nothing to do with me or my Presidency​,” the White House said in a statement Wednesday. “When he was fired, he not only lost his job, he lost his mind.​” 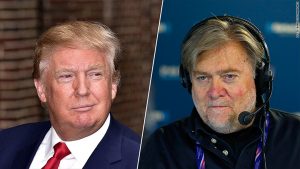 Trump distanced himself from Bannon, who joined his presidential campaign in August 2016, and said he had nothing to do with his stunning, improbable win over Hillary Clinton.

​”​Now that he is on his own, Steve is learning that winning isn’t as easy as I make it look​,” the statement said. “Steve had very little to do with our historic victory, which was delivered by the forgotten men and women of this country.​”

But he blamed Bannon for backing​ Republican Roy Moore, who lost ​a special election last month in Alabama, ​after the campaign was racked by sexual misconduct allegations.​

“​Yet Steve had everything to do with the loss of a Senate seat in Alabama held for more than thirty years by Republicans. Steve doesn’t represent my base​ — ​he’s only in it for himself​,” the White House said.​

Bannon, who resigned his White House post last August, was quoted in a new book about the Trump presidency as saying that the June 2016 meeting in Trump Tower between Donald Jr. and a Russian lawyer with links to the Kremlin was “treasonous” and “unpatriotic.”

“The three senior guys in the campaign thought it was a good idea to meet with a foreign government inside Trump Tower in the conference room on the 25th floor — with no lawyers. They didn’t have any lawyers,” Bannon told author Michael Wolff during an interview for his book “Fire and Fury: Inside the Trump White House.”

​Excerpts of the book were published online Wednesday.

Trump says Steve Bannon ‘lost his mind’ when he was fired

Netflix confirms it’s making a sequel to its Will Smith film ‘Bright,’ which critics hate but tons of people have watched