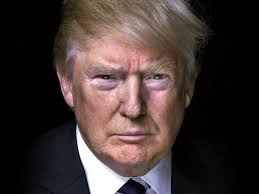 President Trump is no so happy about his travel plans

President Trump is planning to fly to Canada on Friday. He is not exactly happy about it. The president has vented privately about Canadian Prime Minister Justin Trudeau as...
by Katricia Brown June 7, 2018 445 Views

President Trump is planning to fly to Canada on Friday. He is not exactly happy about it. 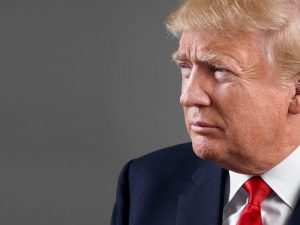 The president has vented privately about Canadian Prime Minister Justin Trudeau as their trade tensions have spilled into public view. He has mused about finding new ways to punish the United States’ northern neighbor in recent days, frustrated with the country’s retaliatory trade moves.

And Trump has complained to aides about spending two days in Canada for a summit of world leaders, believing the trip is a distraction from his upcoming Singapore summit with North Korean leader Kim Jong Un, according to three people familiar with Trump’s views.

In particular, the president said Tuesday to several advisers that he fears attending the Group of Seven summit in rural Charlevoix, Quebec, may not be a good use of his time because he is diametrically opposed on many key issues with his counterparts — and does not want to be lectured by them.

Additionally, Trump has griped periodically both about German Chancellor Angela Merkel — largely because they disagree on many issues and have had an uneasy rapport — as well as British Prime Minister Theresa May, whom he sees as too politically correct, advisers say.

Behind the scenes at the White House, there have been staff-level discussions for several days about whether Trump may pull the plug on the trip and send Vice President Pence in his stead, as he did for an April summit of Latin American leaders in Peru.

Then, Trump was preparing for missile strikes in Syria and opted to remain behind in Washington. Trump was also enraged for several days before the canceled trip to South America about the FBI raids on Michael Cohen, his personal lawyer.

But while Pence stands ready to fill in for Trump again this week, the president is convinced that his attendance at the G-7 summit is essential and is planning to travel Friday morning to Quebec, according to three White House officials.

There also is concern inside the administration about what may happen once Trump arrives in Canada. Aides fear Trump may not sign onto the joint communique that is prepared by participating countries for release at the end of the summit.

Trump is a homebody president, preferring to sleep in the White House — or at one of his signature properties — than in hotels, so he is generally reluctant to take long journeys. Furthermore, he prefers visiting places where he is feted — such as on his trips last year to Beijing, Paris and the Saudi capital — over attending summits where the attending leaders are treated as equals.

Aides say Trump has been focused on his meeting with Kim and views the G-7 summit as a distraction from those preparations. Trump’s itinerary, which could still change, has him departing on Saturday directly from Quebec to Singapore, where he is expected to meet June 12 with Kim. Trump hopes that their historic gathering will produce an agreement from the North Koreans to denuclearize their nation’s arsenal.

In Quebec, Trump is expected to have tense discussions with the leaders of key Western allies over trade and other issues. Some of them — most especially Trudeau, the summit’s host — have publicly criticized Trump’s new tariffs and characterized the United States as increasingly isolationist. The other six countries signed a sharp condemnation of the president’s tariffs last week.

Trump is planning to be in Quebec and has scheduled bilateral meetings with Trudeau as well as with French President Emmanuel Macron. Larry Kudlow, Trump’s top economic adviser, previewed the trip to reporters on Wednesday and dismissed the notion that Trump is reluctant to go to Canada.

“The president wants to go on the trip,” Kudlow, director of the National Economic Council, told reporters. “The president is at ease with all of these tough issues. He’s proven himself to be a leader on the world stage, and he’s achieved great success, as I might add, in foreign policy. So I don’t think there’s any issue there at all.”

Kudlow said any disagreements in Quebec between Trump and his counterparts would be “like a family quarrel,” adding, “I believe it can be worked out.”