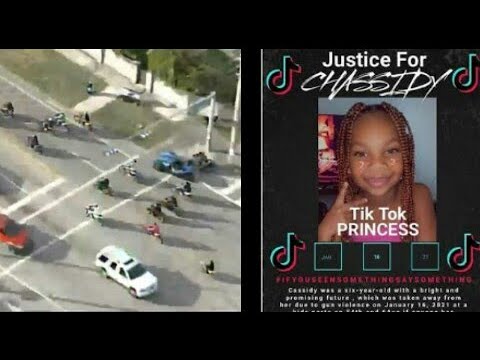 A6-year-old girl from Florida, called a “TikTok princess” by family members on social media, was killed when three people were shot while leaving another child’s birthday party at a Miami home.

Authorities said that Chassidy Saunders, who was one of three people shot when a gunman opened fire on January 16, died from her wounds, according to WSVN.

The shooting occurred at around 7 p.m. that evening outside a house on the 550 block of Northwest Sixth Place, in Miami-Dade County.

The girl was nicknamed “TikTok Princess” on social media by her family, who posted video clips of her dancing with a smile on her face.

Two adults, unrelated to Saunders, were injured in the shooting. Officials said that the adults were rushed to an area hospital in critical condition. Saunders died in hospital several hours later.

As of Tuesday morning, Miami police had not released more details of the crime. Newsweek has contacted them for comment.