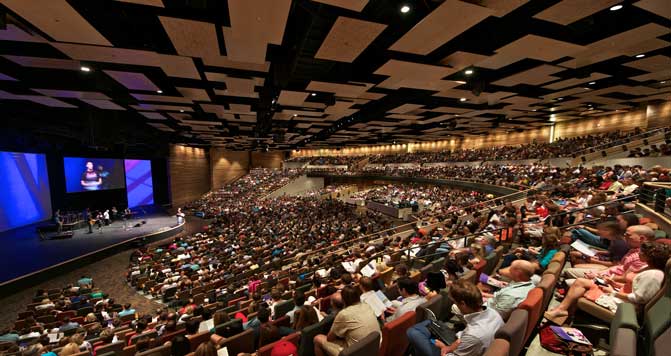 On Sunday, Pastor Todd Wagner of Watermark Community Church in Dallas, Texas announced that he has resigned from his position after confessing to the sin of pride last summer....
by Zach Freeman April 28, 2021

On Sunday, Pastor Todd Wagner of Watermark Community Church in Dallas, Texas announced that he has resigned from his position after confessing to the sin of pride last summer.

Wagner, a married father and grandfather, had temporarily stepped away from the pulpit last summer for the first time in 20 years after his pride became problematic for the church staff.

At the time, Wagner confessed to his failure to listen to his leadership team and to lead “with the usual grace in my relationships with my closest friends.”

“I’ve been short and irritable. I’m invalidating at times. I’m impatient enough that people were noticing a difference. And worse, I didn’t hear them when they asked me and said things like, ‘… Are you OK?’” he explained, noting that he was dismissive at times.

According to a statement by church elders Kyle Thompson and Mickey Friedrich, Wagner’s resignation was submitted and accepted by the elder team on April 17.

“We are fully convinced that today, in the interest of Christ, for me and for my family, and for Watermark in this next season, it would be best served by me ending my season in serving as pastoral elder of Watermark Community Church,” he said to congregants on Sunday.

According to The Christian Post, Longtime Watermark Community Church Elder David Leventhal had resigned three weeks prior to Wagner, citing a lack of trust in Wagner’s ability to continue leading the megachurch.

“On March 26, I shared this with the elders. I shared that the reason for my resignation was a loss of trust in Todd’s ability to lead in the role of pastoral elder and senior pastor, which was the direction the elders had been wanting to move to,” an emotional Leventhal said.

“I want you guys to hear that this has been a heartbreaking, exhausting and expensive process for me, for my wife, my family, the elder team,” he continued.

Despite his sentiments, Leventhal asserted that “Todd and I are good. There is no anger, no wrath.”

Wagner also acknowledged that they were still friends as both men will transition to serve together on the church’s elder emeritus team.

“Church, these last few days have been long and sad as we mourn the loss of serving alongside David and Todd as we once had. Both men have served our God and our church faithfully,” Thompson and Friedrich wrote in their statement Sunday.

“However, amidst our grief, we have seen clearly that God is sovereignly and providentially at work in the details of these transitions. Tangible evidence of God’s leading is the unity, alignment and peace He has provided all those involved.”