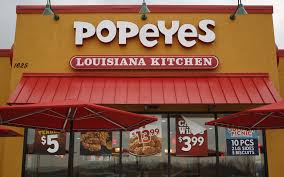 A manager at the Popeyes restaurant said it was the customer who brought up race and became irate after he was informed the drink machine was not working. A...
by Alycia Pascual-Pena September 12, 2019 285 Views

A manager at the Popeyes restaurant said it was the customer who brought up race and became irate after he was informed the drink machine was not working.

A man says he was repeatedly called the N-word by a manager at a Popeyes restaurant on Long Island, New York, after a dispute over a cup of water.

The restaurant denied that characterization of events and said the customer was the aggressor.

The incident took place Sunday afternoon at a Popeyes in Lawrence.

Butler said he then called the fast-food chain’s corporate office while in the restaurant to report the worker. He claims that he was instructed to get the woman’s name in order to file a complaint and that when he asked her for it, she would not identify herself. He alleges the woman removed her name tag, so he took a photo of her.

“When I took the picture, that’s when she went crazy,” Butler said.

Motanya Gladden, who wrote about the alleged episode in a lengthy Facebook post this week, said he witnessed the manager use racial slurs against Butler and then call the police.

A spokesman for the Nassau County Police Department told NBC News they received a call from the Popeyes but that no incident report was filed.

Gladden, who lives nearby and visits the restaurant regularly, said the woman “became unnecessarily belligerent when the victim took a photo of her.”

Both men said after Butler took the photo, the woman repeatedly called him: “Black f—–‘ N-word.”

Popeyes did not immediately return a request for comment Wednesday.

A manager at the Lawrence location, who identified herself as Tahmina Akter, told NBC News no employee at the restaurant used a racial slur against Butler. Akter said it was Butler who became irate when the manager allegedly informed him the drink machine was not working and that she would need to retrieve a cup of water for him from a machine in the kitchen. Butler also brought up the issue of race, Akter said.

“He said, I’m black. That’s why you ignore me?” Akter said. “He make it a big drama. Nobody called him the N-word.”

Akter declined to identify the manager who allegedly used the racial slur but said she was “a good person” who has worked at the restaurant for nine years.

Butler and Gladden say the behavior of the manager, a woman of color, was unacceptable.

“My only concern was how comfortable she felt saying what she said,” said Gladden, who is African American.

When Nassau County police officers arrived, Gladden said he videotaped the employees, in hopes that he could get footage of the manager who allegedly used the racial slur, but another employee allegedly complained to the police that he was illegally filming her.

Gladden said he responded that the restaurant had surveillance cameras recording every customer without their consent.

“Nothing that precipitated this would warrant her using this word as a pejorative, especially as a manager,” Gladden said. “She was more irate about having her picture taken than about what she said in a restaurant full of black people.”

Both Butler and Gladden said that when they contacted the fast-food chain to follow up on complaints, they were told the matter had been resolved.

They believe the response was inadequate.

“You didn’t just call him that. This is how you feel,” Gladden said. “This is an offensive thing to all of us. Nothing short of her termination would be acceptable to me.”