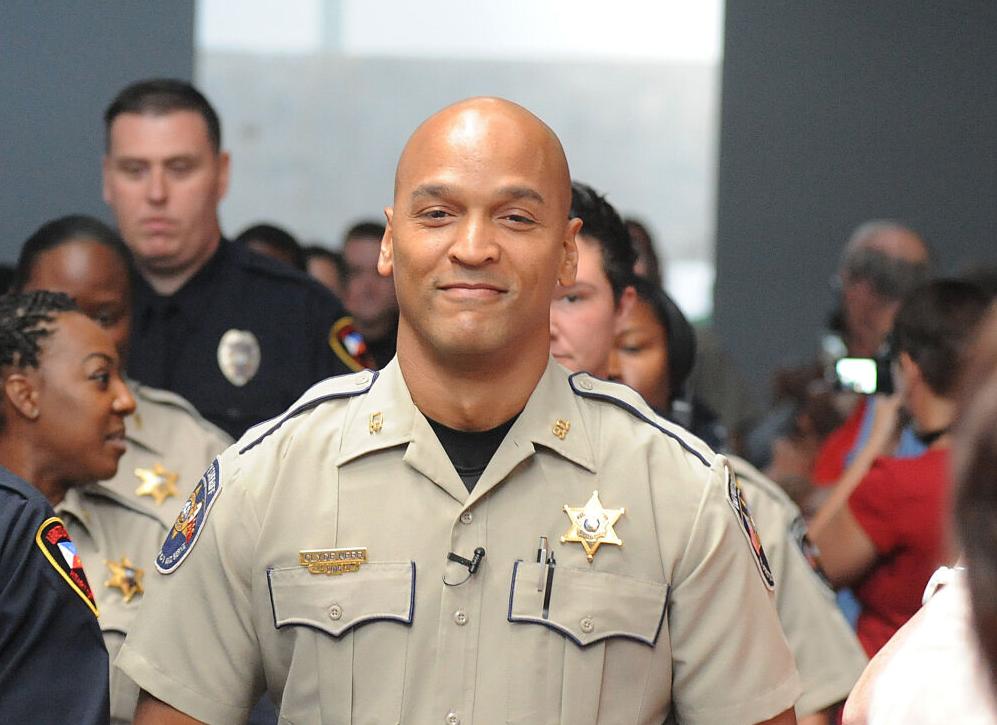 Before deputy Clyde Kerr III took his own life Monday outside the Lafayette Parish Sheriff’s Office, he left haunting final words in a series of social media videos.

Kerr, a father and military veteran, was 43 years old.

In Kerr’s videos, he talked directly to the camera on a range of issues, from police brutality against Black people and mental health needs in policing, to division in society and children’s exposure to murder, violence and other negative or traumatic influences. He also describes his struggle to reconcile his identity as a Black man with his profession while hinting at his impending suicide.

Being a Black man in law enforcement can be difficult, said Lafayette City Marshal Reggie Thomas, the first Black person elected to a citywide position in Lafayette.

Thomas said he watched some of the videos Kerr posted and could tell the man was deeply concerned about the way police work is going. One video that particularly resonated was of Kerr relating a conversation he had with his son in the aftermath of George Floyd’s death at the hands of police.

“He had to talk to his son about how you have to react with a police officer,” Thomas said. “Nobody should have to have that conversation.”

Kerr’s videos have garnered thousands of views since his death and are catalyzing conversation online and in the community about addressing mental health needs and the current state of policing.

Kerr said he was done serving a system that doesn’t care about people like him.

“You have no idea how hard it is to put a uniform on in this day and age with everything that’s going on,” he said.

“My entire life has been in the service of other people … y’all entrust me to safeguard your little ones, your small ones, the thing that’s most precious to you, and I did that well. I passed security clearance in the military … but that has allowed me to see the inner workings of things.”

The videos show a man who professed he was upset by the state of society: “I’ve had enough.”

While Kerr’s videos focused on the outside world, he made small statements referencing personal turmoil. He spoke on the trauma of working the night of Lafayette Police Cpl. Michael Middlebrook’s death and persevering through struggles in his life. According to court records, Kerr and his wife divorced in 2016, reconciled and again divorced in 2020.

But in his videos Kerr insisted, repeatedly, that his decision to kill himself was a conscious choice made in his right mind as a “protest.” He also said the need for “dramatic and bold” action was made clear to him a week before his death and intimated it was part of a higher calling. He said he would “pass this baton to the next guy” if he could, but this was his mission.

He cited the deaths of Black people at the hands of police: Botham Jean, shot in his own apartment in Dallas in 2018; George Floyd in Minneapolis; Breonna Taylor in Louisville, Kentucky; and Trayford Pellerin, who was killed by Lafayette Police Department officers in August.

“If this feels right to you as a person, then something is wrong with you,” he said.

“I understand we have a tough job, but we signed up for this. We need help. Because when you deal with the bottom rung of society, that does not give us an excuse to just do whatever you want, and that’s what we’re doing and we’re not being held accountable.”

In two of the videos, taken on Friday, Kerr sat in his cruiser outside his assigned schools; children could be heard on the playground in the background, as Kerr mentioned sharing a last wave with the students though they were unaware this would be their final interaction with him.

Blue Rolfes, spokesperson for the Diocese of Lafayette, said the St. Genevieve community is reeling from the loss and school leaders are organizing counseling sessions for students and staff.

“[Deputy Clyde Kerr] was well known for his big smile, frequent conversations with students and staff, and friendly fist bumps. We will continue to keep him and his family in our prayers. He will be greatly missed,” St. Genevieve school leaders said in a newsletter to parents.