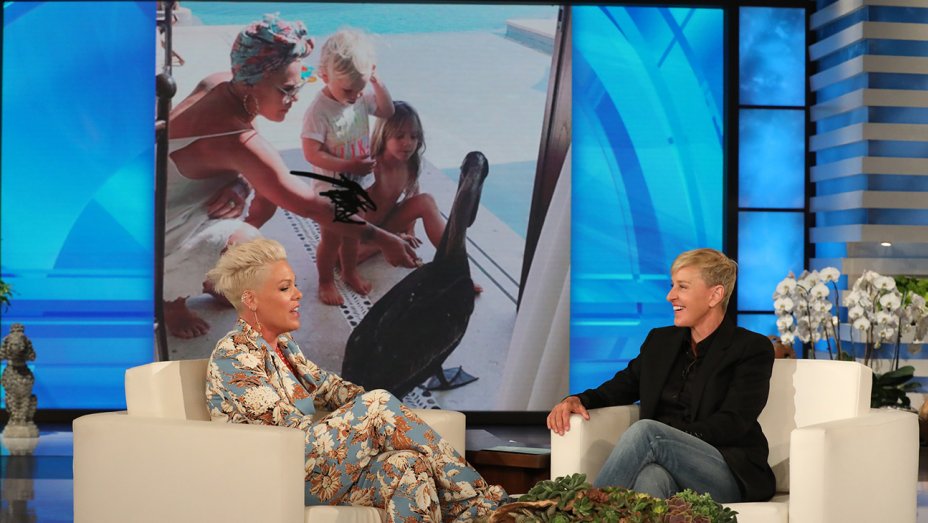 After an image of her 2-year-old not wearing diapers received backlash on Instagram, the singer says, “I just won’t share them anymore. I won’t do it.” Pink says she...
by Joy Smith April 22, 2019 619 Views

After an image of her 2-year-old not wearing diapers received backlash on Instagram, the singer says, “I just won’t share them anymore. I won’t do it.”

Pink says she won’t be posting photos of her kids on social media anymore after she received hateful comments over an image of her son not wearing diapers.

The image of the singer’s 2-year-old son, Jameson, with husband Carey Hart, received a slew of negative comments after the singer posted it on Instagram.

“We live on a farm. My kids are naked. It’s what happens. I’m naked sometimes,” Pink explains on Monday’s episode of The Ellen DeGeneres Show, saying he evidently took off his wet swim diaper at some point before the photo was taken. In the image, Pink, Jameson and his 7-year-old sister, Willow, are seen looking at a pelican that flew “into our room and spent two hours with us.”

But the fact that Jameson was sans bottoms didn’t sit well with some of Pink’s followers.

“People went as far as saying, ‘Someone should call Child Services,’ because he didn’t have a diaper on, and ‘How dare I?’ — just some of the nastiest things,” she recalls. “I cried so hard after that because I like to share my family. … I’m prouder of my kids than anything I’ve ever done and I just won’t share them anymore. I won’t do it.”

Still, Pink isn’t closed off to advice and criticism as long as it is constructive and delivered in a polite manner.

“I understand people saying, ‘You need to be more careful, you are in the public eye, you should have thought of that,’ and they’re right, but there’s a nice way to say that,” she says.

Watch the interview below.

Denver Man Posted On His Social Media He Was Excited To Be Heading To Sri Lanka Now He’s Confirmed Dead From The Attack!

Churchgoers Tackled A Woman With A Baby And A Gun Threatening To Blow The Church Up During Their Easter Service!