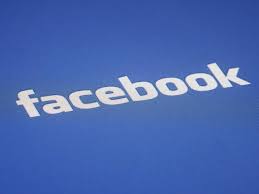 If you’ve ever taken a nude photo, you run the risk of feeling nervous as to where it may end up. New reports from Australia’s Broadcasting Corporation detail its plan on...
by Katricia Brown November 8, 2017 393 Views

If you’ve ever taken a nude photo, you run the risk of feeling nervous as to where it may end up.

“We see many scenarios where maybe photos or videos were taken consensually at one point, but there was not any sort of consent to send the images or videos more broadly,” e-Safety Commissioner Julie Inman Grant tells the publication.

The strategy works by simply sending your nude photos to yourself, via messenger. “It would be like sending yourself your image in [an] email, but obviously this is a much safer, secure end-to-end way of sending the image without sending it through the ether,” Julie says.

When your private image is sent to yourself, Facebook’s technology will “hash” it, which is a high-tech way of saying it will create a digital footprint or ink for the image.

“They’re not storing the image, they’re storing the link and using artificial intelligence and other photo-matching technologies,” Julie explains. “So if somebody tried to upload that same image, which would have the same digital footprint or hash value, it will be prevented from being uploaded.”

The publication reports that Australia is one in four countries taking part in this “cutting-edge technology.”

“The safety and wellbeing of the Facebook community is our top priority,” Facebook’s head of global safety, Antigone Davis, says.

We’ll have to wait and see if this new idea takes off or if it will work to the full effect.

Rapper T.I. has a message for Meek Mill!

Kristaps Porzingis wants to be more than a basketball player now!!!