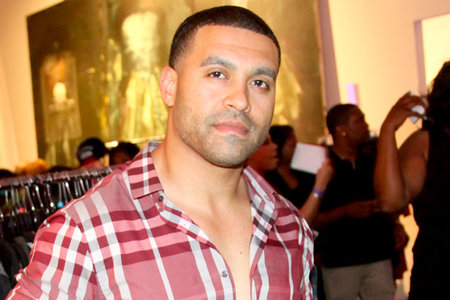 Phaedra Parks’ Ex-Husband Apollo Nida Is Getting out of Prison Much Sooner Than Expected! He Looks Totally Different!

RAISE YOUR STANDARDS AND SCULPT YOUR MIND

Apollo Nida‘s prison sentence will be over much sooner than originally expected. A federal judge has signed off on an order reducing Apollo’s prison sentence from 96 months (eight years) to 84 months (seven years), according to court documents obtained by The Blast.

Apollo, who is the ex-husband of The Real Housewives of Atlanta alum Phaedra Parks, was originally sentenced to eight years in prison for fraud and identity theft in 2014. With this order, a full year has been taken off of Apollo’s sentence. He is now scheduled to be released in August 2020 and will be on probation for several years thereafter, according to The Blast.

Apollo is currently incarcerated at FCI Fort Dix in New Jersey, the same federal correctional institution where Teresa Giudice‘s husband, Joe Giudice, began his 41-month prison sentence in March 2016. Joe was later transferred to FCI Allenwood Low in 2017, and he was released earlier this month. And yes, Apollo and Joe did meet and got along really well while they were in the same facility, according to Teresa.

Fans followed Apollo’s legal trouble during Phaedra’s time on RHOA, as well as the ups and downs in the couple’s marriage. Phaedra and Apollo wed in 2009, and she later announced her plans to divorce Apollo in 2014. They reached a divorce settlement in 2017. Phaedra and Apollo have two sons together: Ayden, 8, and Dylan, 5.

Apollo got engaged to Sherien Almufti in 2016. His fiancée later made an appearance in Season 9 of RHOA.

As for Phaedra, she went public with her new relationship with Chicago radio host Tone Kapone at the beginning of this year.