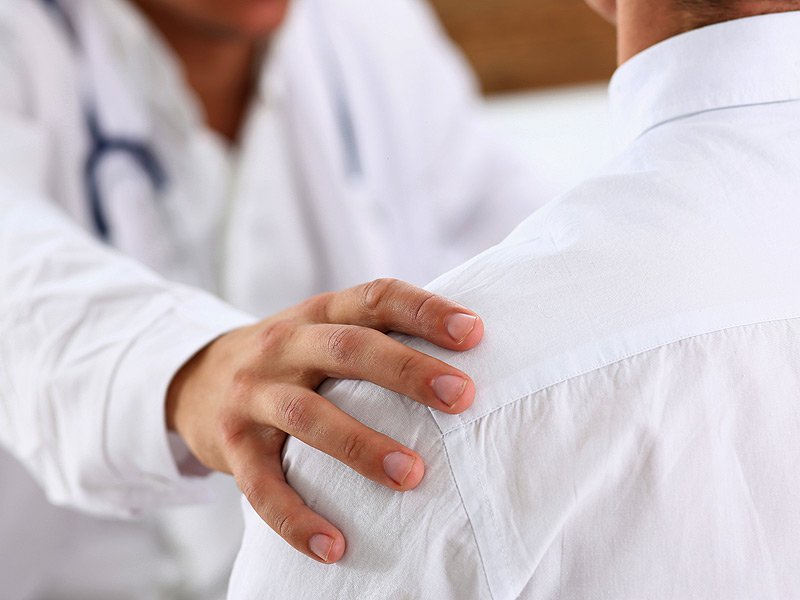 DOUGLAS COUNTY, Ga. – A local physician is facing a criminal investigation and a lawsuit after a teenage patient complained he groped her during an exam.  Channel 2 consumer...
by Zach Freeman May 13, 2018 576 Views

DOUGLAS COUNTY, Ga. – A local physician is facing a criminal investigation and a lawsuit after a teenage patient complained he groped her during an exam.

Channel 2 consumer investigator Jim Strickland learned pediatrician Dr. Richard Gluckman, 76, who passed a polygraph exam about the allegations, has faced similar complaints in the past.

Sarah Barber, a 13-year-old honor student, told Strickland that Gluckman made inappropriate contact with her during a sports physical. Channel 2 does not typically identify children involved in criminal investigations, but Barber said she hoped she would help other alleged victims.

“When he touched you, what shot through you?” Strickland asked.

“He’s a grown man,” Sarah’s mother, Jerico Sobik said. “He knew what he was doing. Absolutely he preyed on my child.”

Sobik said she was in the exam room, but blocked from view. She told Strickland she saw shock on her daughter’s face.

“She looked at me and that’s when I was like ‘Something’s not right,’” Sobik said.

Barber needed a sports physical to try out for the soccer team. Her regular doctor at Westside Pediatric Clinic in Douglasville was out of the country. For nine years, Richard Gluckman has served as occasional vacation relief, according to the clinic.

The lawsuit against Gluckman, and Westside Pediatric, states the physician placed his hand underneath Barber’s shirt, inside her bra, and placed his hand on her bare breast.

Gluckman denied the allegations when Strickland confronted him outside a Cobb County restaurant, moments after he’d been served with the lawsuit. Gluckman had already been contacted by Douglasville police about the allegations. As of now, no charges are filed.

Gluckman’s attorney, Robert Rubin, denied his client did anything improper, and provided a copy of a polygraph examiner’s report.

“It is the opinion of this examiner, Richard J. Gluckman was being truthful during testing,” it states.

“It’s easy to file a complaint. What is important to note is he has never done anything inappropriate with a patient,” Rubin said.

Strickland learned there have been other complaints against Gluckman. Cobb County Police confirm in 2012 they began investigating Gluckman, but could not release the report because of a state law that makes reports involving child abuse confidential.

Strickland also confirmed another mother and daughter filed a complaint with the Georgia State Composite Medical Board. The complainant, now age 26, said Gluckman inappropriately touched her chest, and even commented on her breast development when she was only nine. There is no public record the board took disciplinary action in that case. Georgia’s Medical Board has the Sarah Barber complaint too, but its records are kept secret until a disciplinary action is taken.

“Went home and made a complaint with the medical board immediately,” Sobik said.

Bound by confidentially rules, Medical Board chairman Dr. Dan DeLoach would not talk about Gluckman, but told Strickland about his gut feeling when board complaints involve doctors, kids and abuse.

Barber is trying out for volleyball this spring. She told Strickland she considers herself a normal kid.

“I never thought it would happen to somebody like me,” she said.

Rubin told Strickland it would be inappropriate for Gluckman to be interviewed by Channel 2 while criminal and medical board investigations are pending, but said of Gluckman: “He’s frustrated that a career of helping others, children, is potentially flushed down the drain by media reports without any corroboration of the allegations.”

“This suit was filed because a brave young girl stepped forward and said this happened to me, it was wrong, and I don’t want it to happen to anybody else,” Witt said. “It would not surprise me for other patients and families to step forward with concerns of a similar nature.”