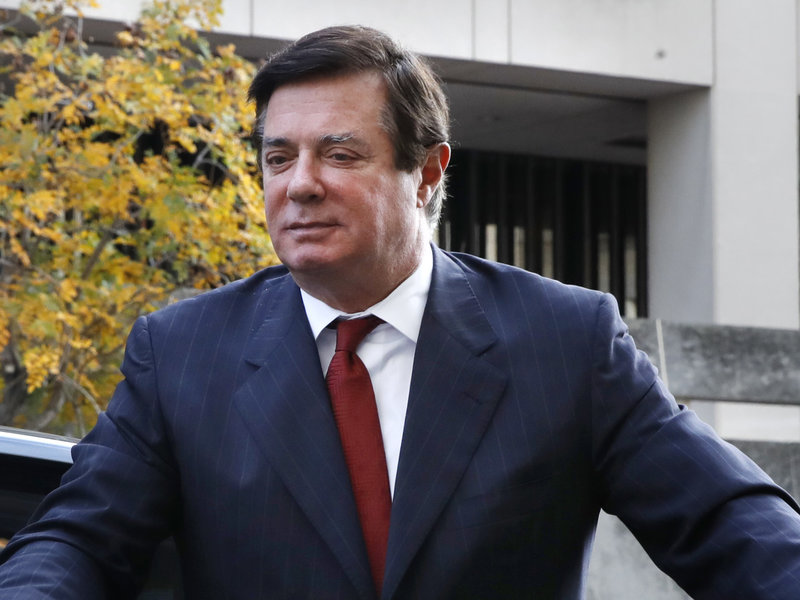 Update: Paul Manafort was sentenced to more than 3 1/2 additional years in prison.

WASHINGTON — Former Trump campaign chairman Paul Manafort asked a judge for mercy on Wednesday, saying the criminal charges against him have “taken everything from me already.” He pleaded with the judge not to impose any additional prison time beyond the roughly four-year sentence he received in a separate case last week.

“I am sorry for what I have done and all the activities that have gotten us here today,” Manafort said in a calm and steady voice as he read from a written statement. “While I cannot undo the past, I will ensure that the future will be very different.”

The 69-year-old, who arrived in court in a wheelchair, said he was the primary caregiver of his wife and wanted the chance for them to resume their life together. 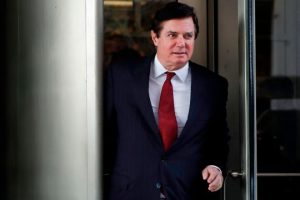 “She needs me and I need her. I ask you to think of this and our need for each other as you deliberate,” Manafort said. “This case has taken everything from me already — my properties, my cash, my life insurance, my trust accounts for my children and my grandchildren, and more.”

His plea for leniency followed prosecutor Andrew Weissmann’s scathing assessment of crimes that the government said spanned more than a decade and continued even while Manafort was awaiting trial. He said Manafort took steps to conceal his foreign lobbying work, laundered millions of dollars to fund a lavish lifestyle and then, while on house arrest, coached other witnesses to lie on his behalf.

“I believe that is not reflective of someone who has learned a harsh lesson. It is not a reflection of remorse,” Weissmann said. “It is evidence that something is wrong with sort of a moral compass, that someone in that position would choose to make that decision at that moment.”

Manafort was being sentenced for concealing from the government foreign lobbying work he did on behalf of a pro-Russia Ukrainian political party.

U.S. District Judge Amy Berman Jackson was expected to tack on additional prison time beyond the 47-month punishment Manafort received last week in Virginia. He faces up to 10 additional years in prison when he is sentenced in special counsel Robert Mueller’s investigation into ties between the Trump election campaign and Russia.

As the judge in Washington decided whether the sentences should run consecutively or at the same time, she was likely to take into account allegations by prosecutors that Manafort tampered with witnesses after he was charged and that he lied to investigators even after he pleaded guilty and pledged to cooperate. On Wednesday, she indicated that she would give Manafort some credit for accepting responsibility for his crimes by virtue of having pleaded guilty to two counts of conspiracy last September.

Defense lawyer Kevin Downing suggested Manafort was being unduly punished because of the “media frenzy” generated by the appointment of a special counsel.

“That results in a very harsh process for the defendant,” Downing said. 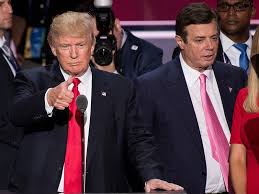 The hearing may offer a window into tantalizing allegations that aren’t part of the criminal cases against him but have nonetheless surfaced in recent court filings — that Manafort shared Trump campaign polling data with Konstantin Kilimnik, a business associate the U.S. says has ties to Russian intelligence, and that the two men met secretly during the campaign in an encounter that prosecutors say cuts “to the heart” of their investigation.

The sentencing hearings for Manafort mark a bookend of sorts for Mueller’s investigation as it inches toward a conclusion. Manafort and business associate Rick Gates were among the first of 34 people charged, and though the charges against Manafort weren’t tied to his work on the Trump campaign, his foreign entanglements have made him a subject of intrigue to prosecutors assessing whether the campaign colluded with Russia to sway the outcome of the election.

Wednesday’s sentencing comes in a week of activity for the investigation. Mueller’s prosecutors on Tuesday night updated a judge on the status of cooperation provided by one defendant, former national security adviser Michael Flynn, and are expected to do the same later in the week for Gates.

The Mueller team has prosecuted Manafort in Washington and in Virginia related to his foreign consulting work on behalf of a pro-Russia Ukrainian political party. Manafort was convicted of bank and tax fraud in the Virginia case and pleaded guilty in Washington to two conspiracy counts, each punishable by up to five years in prison.

The decision by U.S. District Judge T.S. Ellis III to sentence Manafort to 47 months stunned many who’d been following the case given the guideline calculation of 19.5 to 24 years in prison and the fact the defendant was convicted of hiding millions of dollars from the IRS in undisclosed foreign bank accounts. But Ellis made clear during the sentencing hearing that he found the government’s sentencing guidelines unduly harsh and declared his own sentence “sufficiently punitive.”

“If anybody in this courtroom doesn’t think so, go and spend a day in the jail or penitentiary of the federal government,” Ellis said. “Spend a week there.”

Manafort has been jailed since last June, when Berman Jackson revoked his house arrest over allegations that he and Kilimnik sought to influence witnesses by trying to get them to testify in a certain way.