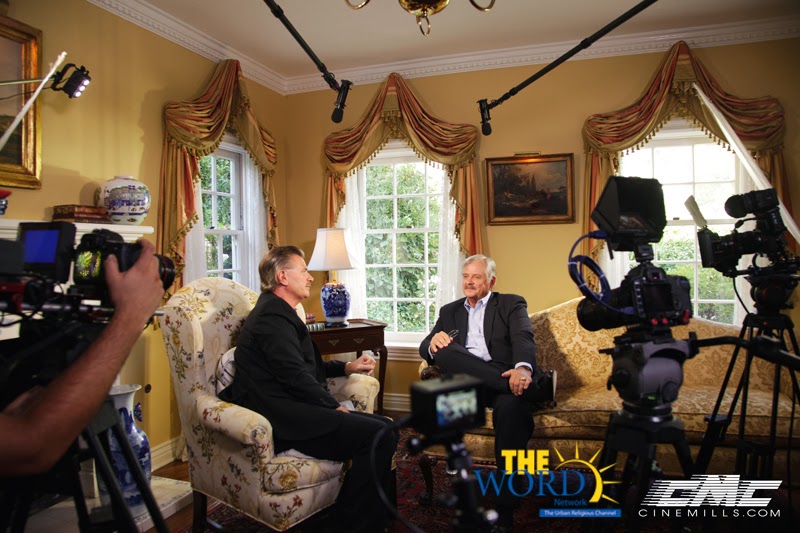 Paul Crouch, Jr. The Son Of The Founders Of TBN Speak Out Against The Owner Of The Word Network!

Update: The plot seems to keep thickening on this story. Paul Crouch, Jr. says he heard the owner say things that would make a sailor blush. View the full...
by Zach Freeman October 4, 2019 840 Views

Update: The plot seems to keep thickening on this story. Paul Crouch, Jr. says he heard the owner say things that would make a sailor blush. View the full interview below:

The Word Network is one of the largest Christian television networks targeting the Black community, but sadly in September 2019 incidents of racism have occurred at the network. The Word Network is not Black owned but is owned by Kevin Adell who is White. Recently, his actions have shown that even though he has profited off of the Black community, Mr. Adell does not have regard for Black humanity. Bishop George Bloomer, a pioneer in the Christian faith, has contributed a great deal to the success of the Word network. Recently, Bishop Bloomer has testified to issues of flagrant racism committed by Word Network owner, Kevin Adell. These incidents include:

Texting a photo that was created, depicting Adell who is White, dressed as a pimp and various well-known Black clergy surrounding him as his “hoes”. Although Adell did not create this image, he wasn’t offended by it and even texted it to various staff (many of whom are African-American) including Bishop Bloomer. This created a hostile work environment for Bishop Bloomer and others.

When Bishop Bloomer stated: “This is not funny. This is not good. That pimp talk and hoe talk has racist connotations for Black people.” Adell texted Bishop Bloomer a second time and said that “it’s funny and he should get over it.”

When Bishop Bloomer went to Kevin Adell and his assistant Ralph in person at The Word Network: and told them: “Don’t ever tweet that. You should get rid of it. This is not funny. Don’t play with this and don’t play with it with me.” Instead of apologizing for his offensive candidness concerning the matter, Adell went further by photoshopping a picture of Bishop Bloomer in a white tuxedo, and underneath the photo was typed text that said, “The show last night was good, Tattoo (the dwarf from Fantasy Island who ran around calling Mr. Roarke “Boss”). Kevin Adell was alluding to Bishop Bloomer being HIS Tattoo, and him being “Boss.” Although Mr. Roarke on Fantasy Island was a good character, the term “boss” in the Black community carries the connotation of “massa,” and that is precisely what Kevin Adell was suggesting. The article that accompanied the photo-shopped image of Kevin as a pimp and his hoes even refers to him as the “massa” of The Word Network.

The final straw came when: Bishop Bloomer texted Adell again, “This is not good. I don’t know what you’re doing, but stop playing.” Adell replied, “Oh, you’re too sensitive.”  Bishop Bloomer explained that what he was doing was the equivalent of a white man wearing black face. Bishop Bloomer told Adell again, “Get rid of this. Stop playing with this.” Kevin then texted Bishop Bloomer a photo of himself in a white tuxedo standing next to a friend of his also wearing a white tuxedo and, as if with a sharpie, he blacked out the face of the friend, thus producing black face and texting it to an African-American man.

As a result of the above actions, Bishop Bloomer made the decision to leave The Word Network.

We are asking Black Clergy, allies and Black people of faith to do the following:

1) Clergy add your name to this letter and announce from your pulpits during service that we are boycotting The Word Network as a community. When signing the petition please add your full ministry title and first name where it states first name. Email us your ministry or organization name at HerWisdomInc@gmail.com

3) Unfollow The Word Network on all social media platforms and encourage your followers on social media to do the same.

4) Members of faith communities send this letter to your clergy person for him or her to sign.

When it comes to injustice scripture tells us in Isaiah 58:1 to “cry aloud and spare not”. We cannot remain silent in the face of racism, disrespect and ultimately the exploitation of our community and our faith. Don’t delay let us act in unity today!

Cardi B Says She Will Name Her Next Album Tiger Woods