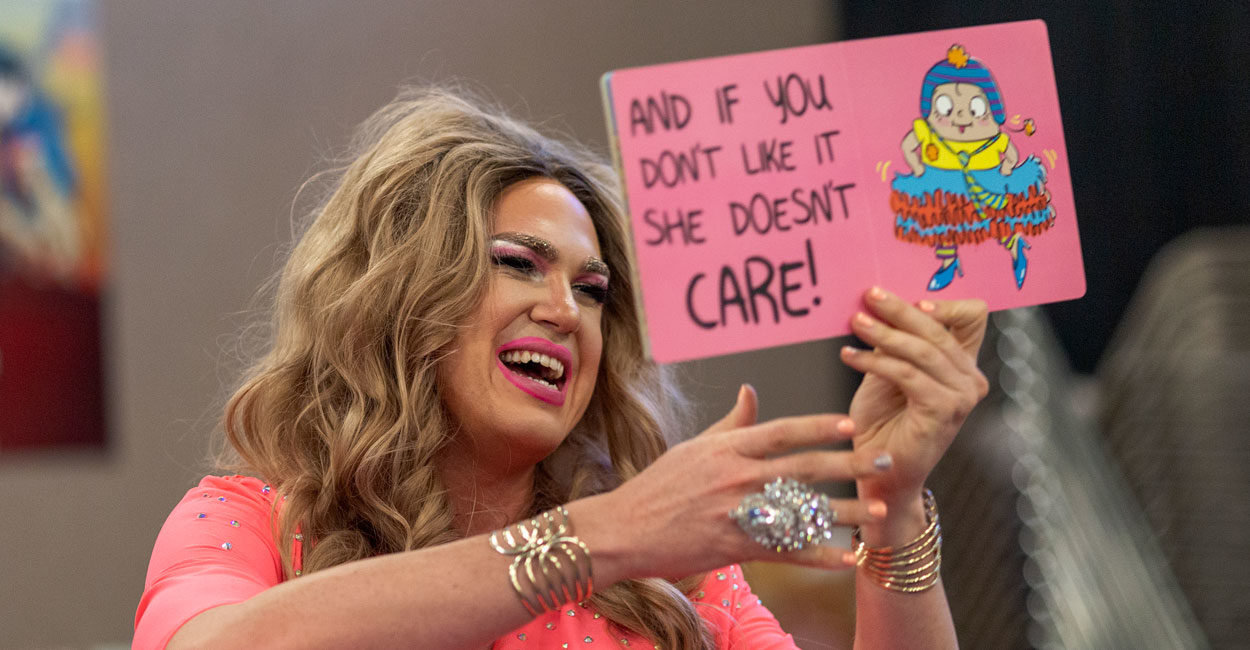 Tony Perkins is president of the Family Research Council.

Not every Drag Queen Story Hour has a happy ending. And Executive Pastor Amado Huizar and his Chula Vista church has walls of graffiti to prove it.

Like a lot of the area’s faith leaders, Huizar thought the idea of turning the local library into a parade of sexual confusion for kids was a horrible one. Never, he told me on “Washington Watch,” did he think this “fad” would come to his neighborhood. And yet, even his suburb of San Diego wasn’t immune.

Over the summer, someone just came in, he explained, and slipped this on the library’s calendar. Two homeschool moms who frequent the library saw it and reached out for help.

Where did this come from? They wanted to know. Why was it pushed through, and who approved it? Is there anyone who could cancel or postpone it? There was, of course, but that person—Mayor Mary Salas—refused. “We want children [to] feel comfortable about who they are—whoever they are—that’s as simple as it gets.”

Congress is trying to ramrod through increased gun laws upon the American people. But will that really stop the rise of gun violence? Find out more now >>

Surely, local residents argued, there are ways to do that without putting men in women’s clothing and letting them read to little children. Especially, as other communities would point out, with the string of sex offenders volunteering for the job.

“[O]ur message is: It’s not age-appropriate,” Huizar explained. “These are kids aged 3 to 8. It’s not location-appropriate. This is a public venue. And it’s not messenger-appropriate. There’s no reason why a drag queen should be reading to kids. And look, this is not a fight against the LGBTQ community. This is not a fight against people who have lived that way. It’s not that at all. It has to do everything with why a drag queen who serves or works in provocative locations and is trying to embellish a [provocative] woman. And it’s not appropriate.”

Someone in the community must have disagreed, because after Huizar became face of the petition drive, his church was vandalized.

“Sure enough, at every corner there were phrases, hateful words, and graffiti on the walls … ” he told reporters. But does he regret his stance? Not one bit. “I come as a father first and foremost. That’s my first calling—before my vocation as a pastor or any vocation … I come as a father to stand up and voice the opposition of the Drag Queen Story Hour … [W]e as a faith community have to have a voice … And for [too] much time now the church community has been silenced had decided just to stay away … “

Instead of being concerned about how they’re perceived, believers need to stop and think about the future. “What else is this City Council going to pass by and [sweep] under the rug without us knowing?” he wonders.

In the meantime, plenty of people—including, he points out, other area drag queens—have thanked Huizar for his boldness. His response is the same: The extremists can do what they want to do, but the truth is the truth—and he’s going to continue to speak it.