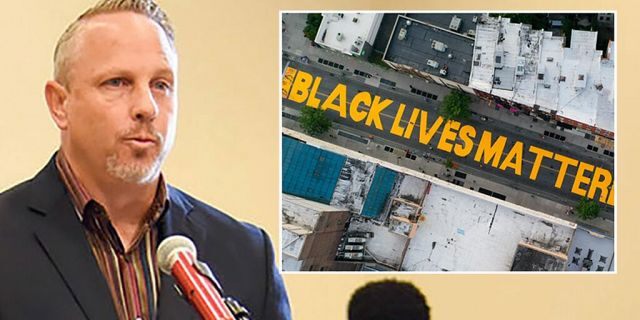 Watch the latest video at foxnews.com A Columbus, Miss., pastor, who is white, was allegedly given the boot by his former church for supporting protests and the idea that “black lives matter” after George...
by Zach Freeman June 29, 2020 956 Views

A Columbus, Miss., pastor, who is white, was allegedly given the boot by his former church for supporting protests and the idea that “black lives matter” after George Floyd’s police-related death, The Christian Post reports.

After three and a half years leading The Heights Church, Bishop Scott Volland and his wife, Debra, were voted out by the church’s board on June 18 because of differing views on addressing racial issues.

“Whether it is saying that ‘black lives matter’ (as a human fact), or in speaking out to remove racially offensive/insensitive monuments or politicians, I have been informed that my ‘agenda will not work at this church,’ and that I ‘don’t speak for the church,'” Volland shared on Facebook the next day.

Bishop Scott Volland of The Heights asks the Lowndes County Board of Supervisors to consider relocating the Confederate monument that stands on the courthouse lawn during a board of supervisors meeting on Monday, June 15, 2020, at the Lowndes County Courthouse, in Columbus, Miss. (Claire Hassler/The Commercial Dispatch, via AP)

“Nor do they agree with me sharing them publicly or being involved in any type of; marches, peaceful protests, governmental meetings, interviews, etc. concerning race or racism,” he added.

Volland expanded on one of his views as a national debate about monuments and symbols continues.

“It amazes me how many of the people that claim that ‘slavery ended 150 years ago’, and that ‘black folks just need to leave it in the past or just get over it,’ will also fight tooth and nail to keep statues or (unofficial) flags from the same period, claiming that ‘they are our heritage,’ and that ‘you can’t ignore or forget about history,'” he said. “You can’t have it both ways…that’s called hypocrisy.”

The pastor told the local news that members threatened to leave the church after his activism.

“This has deeply hurt us,” he told WCBI. “Because this is people we’ve poured three and half years of our lives into. We’ve been through weddings, weddings of their children, baptisms.”

A few days after announcing his exit from The Heights Church, Volland started a new “church for all people” called The Bridge. He said he holds “no hard feeling and wish no ill will” on his former church.

“I’m encouraged about what God is doing,” Volland shared in a Facebook Live video Tuesday.