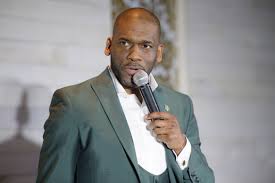 Pastor Jamal Bryant says ‘The War in America is against women!’

Jamal H. Bryant knew it was time to leave the Northwest Baltimore church he founded 18 years ago.   View this post on Instagram   The assault on black...
by Joy Smith May 21, 2019 519 Views

Jamal H. Bryant knew it was time to leave the Northwest Baltimore church he founded 18 years ago.

The assault on black women in this society is widely permissible by the silence of black men & the black church. Imagine the national outrage if the sister killed in Texas claiming to be pregnant was white…. lift every voice and SCREAM @newbirthmbc

Under his leadership, Empowerment Temple had grown from 47 members to 10,000.

Bryant broke the news to his congregation on Sunday.

He told them he was leaving, but didn’t reveal that it was because he was taking over as the new senior pastor at New Birth Missionary Baptist Church in Georgia.

“The news did not go over well, at all,” Bryant said in an extensive interview with the Atlanta Journal-Constitution on Tuesday morning. “There was a great gnashing of teeth. Nobody was expecting it.”

He had a message from God that “this is not your church; it belongs to the people. I had a sense of ownership that had leaped into entitlement. I began to think this (Empowerment Temple) is me, but God tapped me on the shoulder and said hold on. Not so fast.

“I had no reason to leave Baltimore but for the prompting of God,” he said.

Bryant was one of 138 people vying for New Birth senior pastor, a position once held by another charismatic preacher, Bishop Eddie L. Long.

He discussed the move with his father, John Richard Bryant, a retired presiding bishop in the AME Church, who told him that when God called him to preach “he didn’t call you to a demonination, he called you to service. That meant the world to me as a third-generation AME.”

The Lithonia megachurch congregation had already been through so much. Long, an influential and controversial figure, died in 2017 after a battle with an aggressive cancer. Long’s successor, Bishop Stephen A. Davis, resigned a little more than a year after taking office. Even before then, the church had lost members after a sexual abuse scandal involving Long rocked the church in 2010.

Bryant has made no secret of his own past. He’s admitted to an extra-marital affair when he was married to his ex-wife, Gizelle Bryant, star of “Real Housewives of Potamac.”

” Yes, he made some mistakes in life, but he’s learned from them and grown to understand he has to move forward,” said Thomas W. Dortch Jr., an Atlanta businessman and chairman of New Birth’s board. “If you can’t find redemption in the church, then where do you find it?” 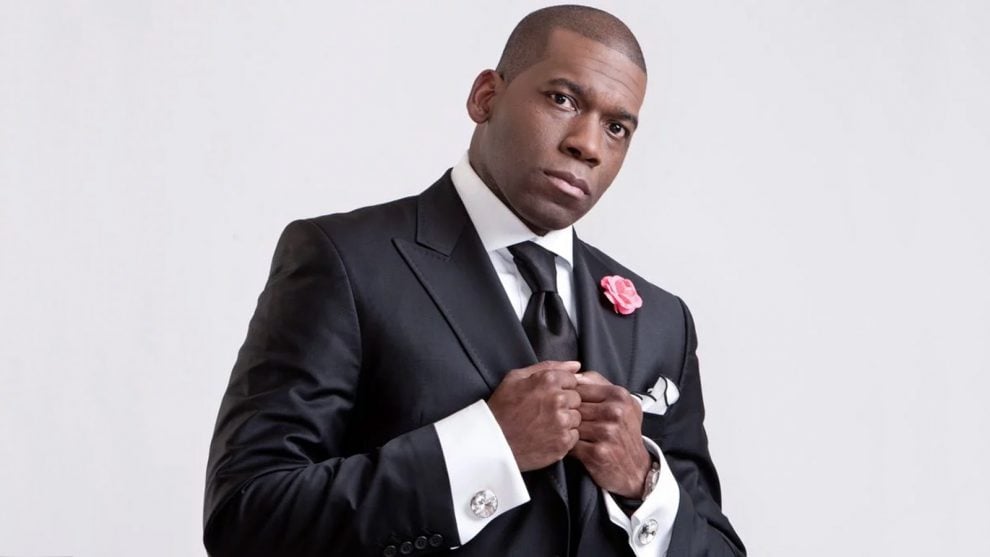 Bryant wants to build on New Birth’s legacy of community involvement, but first he has to earn the trust of its members.

The DeKalb County megachurch needs “healing and direction,” he said. “We’ve got to rebuild trust and bring the church collective through the greiving process that I don’t believe they have really gone through. It’s just been shock after shock. They don’t need a speaker, but a shepherd to help lead and guide.”

“I’m pleased,” said Tracy Johnson, who has been a New Birth member for more than 20 years. “I believe he’s that pastor who will reignite the fire that New Birth had for a long time.”

“The good thing about Pastor Bryant is he connects well with people and he’s committed,” Dortch said. ” I think with this announcement we have energized the church. He wants to take New Birth to the next level. He’s his own person. We were not looking for another Eddie Long.”

Bryant, 46, will preach his first sermon as New Birth’s senior pastor on Dec. 9. In the meantime, he is meeting with staff and hopes to soon develop a transition team. Bryant has also presented a proposal for more than 240 acres of land that the church owns. He declined to say what’s included in the proposal.

Dortch said the board had asked applicants to come up with solutions to reduce $31 million in debt. Part of that likely involves the use of the additional land.

“He didn’t come in talking off the cuff,” he said.

“This is one guy who’s an architect for religion.”

The relationship between Bryant and Long goes back many years.

Bryant’s father would sometimes preach during revivals when New Birth was located on Snapfinger Road.

And Long paid for the final two years of Bryant’s Morehouse education, he said. They are also members of the same fraternity — Kappa Alpha Psi.

“Bishop Long was larger than life to all young preachers,” said Bryant, who delivered his first sermon in Baltimore when he was 18. “I was not afraid of Bishop Long. I was an admirer and a fan.”

In fact, Bryant drew laughs Monday night at New Birth, when he talked about all the young preachers who used to try to emulate Long’s flashy style with his pumped-up biceps and tight muscle shirts and sleeveless jackets.