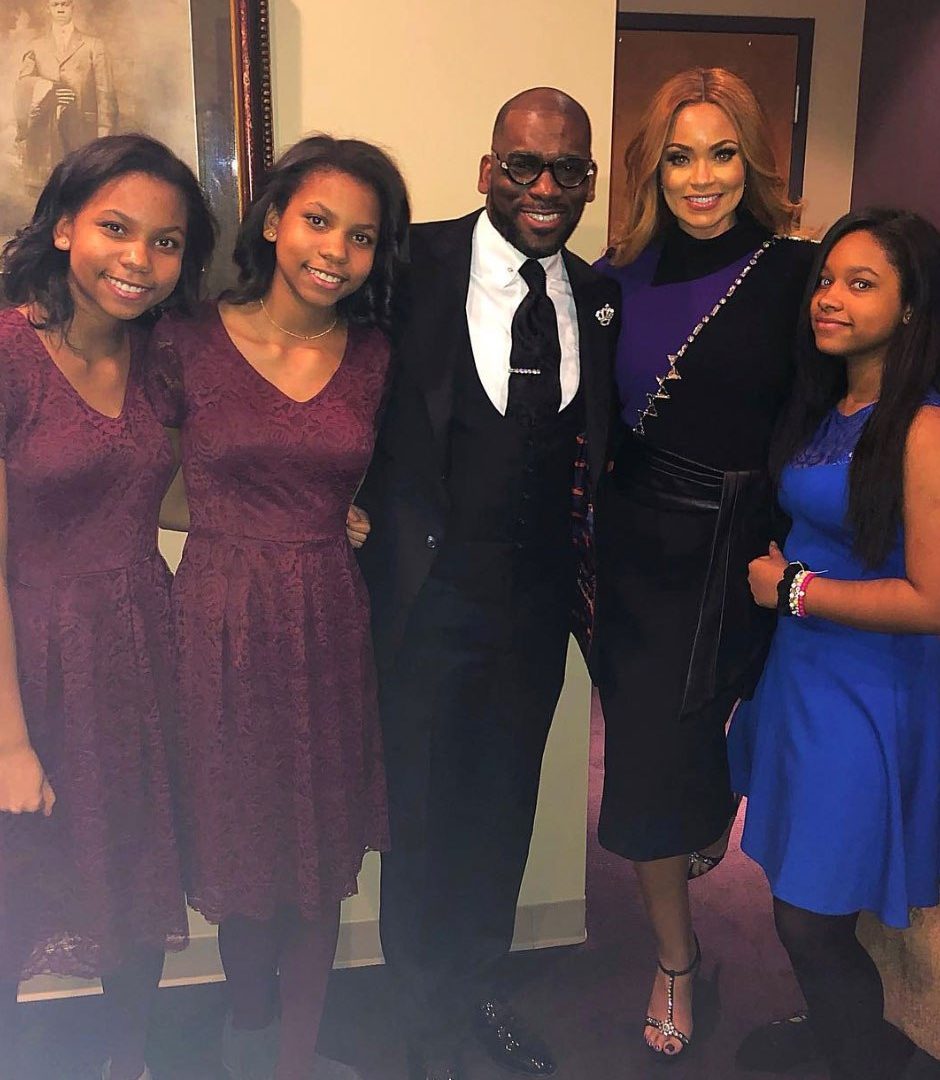 The Real Housewives of Potomac mama shared some huge news about her daughters Grace, Angel, and Adore.

Gizelle Bryant has put in plenty of bonding time lately with her three daughters Adore, Angel, and Grace. But between taking individual trips with their mama, The Real Housewives of Potomac teens have seemingly been busy working on their own project — and it’s pretty major.

In an Instagram post from October 15, Gizelle made a big announcement about her kids’ involvement in a local restaurant. “Black Girl Magic, Black Excellence is all happening October 20 because these girls own a restaurant called Arizona’s,” she announced. “They are relaunching, revamping; it’s going to be amazing!”

In her next snap, the proud mama shared a flier that advertised a ribbon-cutting at the Georgia steakhouse, featuring all three of her daughters. If you’re in the Lithonia area, do stop by on Sunday at 1 p.m. (Head over to the restaurant’s website to get more details.) And if not, scroll down to bask vicariously in the excitement.

Popular DeKalb steakhouse reopens after improving on 2 failing health scores (The Bryant’s Were Not The Owners When These Failing Health Scores Happened) The people of South Dekalb love this restaurant and are excited about it’s relaunch and new owner/management!

A popular eatery in DeKalb County has reopened after passing a follow-up health inspection, improving on two failing scores in as many days.

Arizona’s, located near The Mall at Stonecrest, is now operating under a new general manager, according to a Facebook post late last week.

The restaurant received a score of 21 on its Aug. 13 inspection, according to the DeKalb County Board of Health. The following day, it scored a 46, prompting the community staple to temporarily close.

On Aug. 17, however, Arizona’s easily passed another follow-up inspection with a score of 91, according to the health board.

“The community can rest assured; we have a safe environment and have proven to the Georgia Department of Public Health that we are ready to operate this establishment,” spokesman Roberto Woods said in a statement. “We appreciate our community partners and those who supported us during this time. We are only better because of your prayers, encouragement and standing with us during this time.”

Stonecrest city officials have also heralded the reopening. Mayor Jason Lary hosted a brunch at Arizona’s last Sunday as part of a “Brunch With The Mayor” event.

The eatery failed its inspections after county health officials racked up dozens of violations, including flies and gnats in the kitchen, coolers not being cold enough and an employee touching chicken with his bare hands, The Atlanta Journal-Constitution previously reported.

Arizona’s, which serves a wide variety of meat dishes and American-style cuisine, said in a statement at the time that it “has been one of Stonecrest’s favorite restaurants for more than 14 years.”

This Yacht Was Having A Bad Day! Yacht crashes into docks, hits several boats