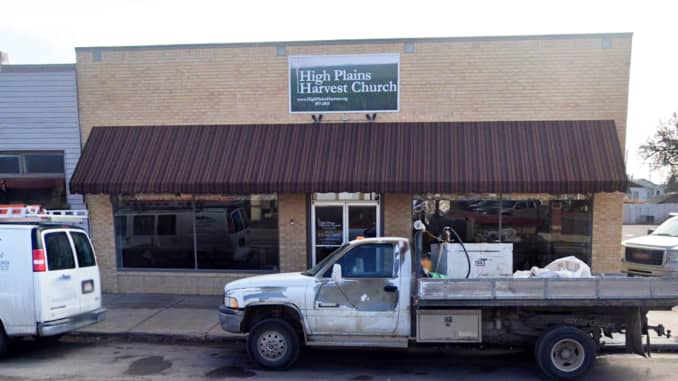 The Supreme Court on Tuesday ruled in favor of a rural Colorado church that was challenging capacity limits instituted by Gov. Jared Polis to protect against the spread of the coronavirus.close dialogStream live CNBC TV from around the world.

In a brief unsigned order, the top court reversed lower court rulings that had refused to block the restrictions, which limited attendance at some churches in high-risk areas to 25% of their typical occupancy, with an upper bound of 50 people.

Justice Elena Kagan, joined by fellow liberals Justices Stephen Breyer and Sonia Sotomayor, dissented from the court’s order. In a single paragraph dissent, Kagan wrote that the Covid-19 rules were no longer in effect, and that, given the court’s November ruling, “there is no reason to think Colorado will reverse course.”

Similar to the New York case, known as Roman Catholic Diocese of Brooklyn v. Cuomo, the Colorado case involved a church that argued the state’s rules were more restrictive for churches and other houses of worship than for businesses.

“Today in Colorado it is perfectly legal for hundreds of shoppers to pack themselves cheek by jowl into a Lowes or other big box store or patronize any one of the thousands of other retail establishments that are not subject to draconian numerical limits,” wrote Barry Arrington, an attorney for the church.

“But if 51 people were to meet to worship God in a small rural church in Ault, Colorado, they would do so at the risk of being fined and imprisoned,” Arrington wrote.

Arrington added that his clients “feel as though they have stepped through the looking glass into a world where the right to shop for gardening supplies is a favored activity, while meeting as a body to worship God corporately has been relegated to the category of unnecessary of even superfluous.”

Except for the three liberals who noted dissents, it is not clear how the rest of the court’s nine members voted, though it appears at least five of the court’s six Republican appointees sided with the church in the case against the Democratic governor.

In the case involving the Roman Catholic Diocese of Brooklyn, which was decided 5-4, Chief Justice John Roberts was in the minority with Breyer, Kagan and Sotomayor. In that case, he authored a dissent explaining that the New York rules had been effectively lifted.

“Numerical capacity limits of 10 and 25 people, depending on the applicable zone, do seem unduly restrictive,” Roberts wrote then. “And it may well be that such restrictions violate the Free Exercise Clause. It is not necessary, however, for us to rule on that serious and difficult question at this time.”

The Supreme Court’s decision on Tuesday sent the case back to the 10th U.S. Circuit Court of Appeals, which had earlier sided with Colorado.

The court’s unsigned order in November said that New York’s capacity limits on churches were “troubling.”

“Members of this Court are not public health experts, and we should respect the judgment of those with special expertise and responsibility in this area,” the court wrote. “But even in a pandemic, the Constitution cannot be put away and forgotten. The restrictions at issue here, by effectively barring many from attending religious services, strike at the very heart of the First Amendment’s guarantee of religious liberty.”

That ruling seemed to mark a shift for the court after the confirmation of Justice Amy Coney Barrett, President Donald Trump’s third appointee to the bench.

In cases the court decided prior to the September death of Justice Ruth Bader Ginsburg in which religious interests had challenged Covid restrictions, in California and Nevada, the court had kept in place the limits.

Tuesday’s decision comes as Covid cases are spiking around the country, with hospitalizations topping 110,000. The U.S. death toll from the virus crossed 300,000 on Monday.

Attorneys for Colorado and High Plains Harvest Church did not immediately return requests for comment.