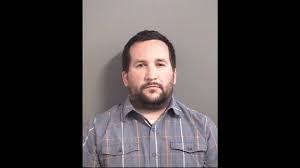 Federal investigators say Daniel Heath talked an underage girl in Texas into “sexually explicit conduct for the purpose of creating a visual depiction of such conduct” for about a year and a half, between December 2017 and April 2019.

Police in Wilson, North Carolina arrested Heath, 33, last week for first-degree sexual exploitation of a minor, according to The Wilson Times. The girl was 16 years old, the newspaper reports.

A federal indictment, unsealed after the arrest, charges Heath with coercion and enticement of a minor.

The federal charges in Texas were filed in Sherman, about an hour north of Dallas.

Heath was a pastor at the First Baptist Church in Wilson for 10 years, WNCN reports. He worked as the church’s youth pastor for seven years and then spent the last three years as an associate pastor, according to the television station.

Heath also volunteered as a youth baseball coach for the City of Wilson, according to the newspaper, but city officials said he will not be allowed to coach while the charges are pending.

Heath was held in the Wilson County Detention Center on a $500,000 bond, Spectrum News reports.

“It hurts those who loved and cared for him,” First Baptist board chair Henry Skinner told The Wilson Times. “It hurts the church. It hurts our reputation as Christians. Anytime there is a fallen leader in our midst, especially in a faith situation, it’s extremely difficult.”

“The person you’ve known and loved has fallen from grace, but our faith says we must still love the individual while we may detest what he may have done,” Skinner said, according to The Times.

Man admits to police he shot his wife because she was disrespectful!