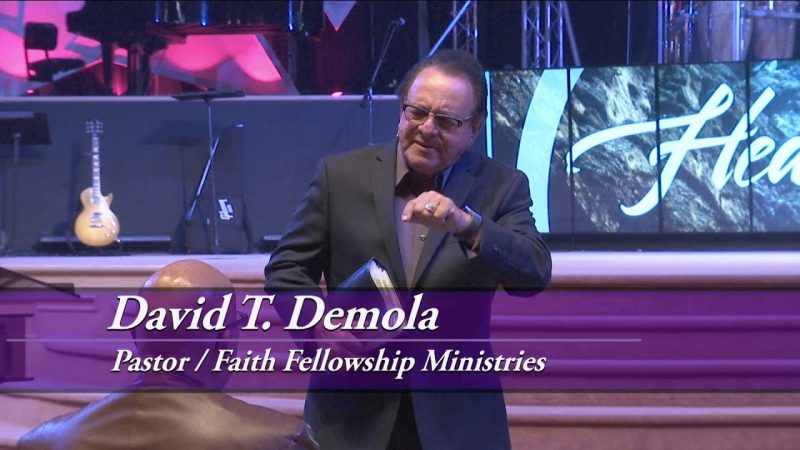 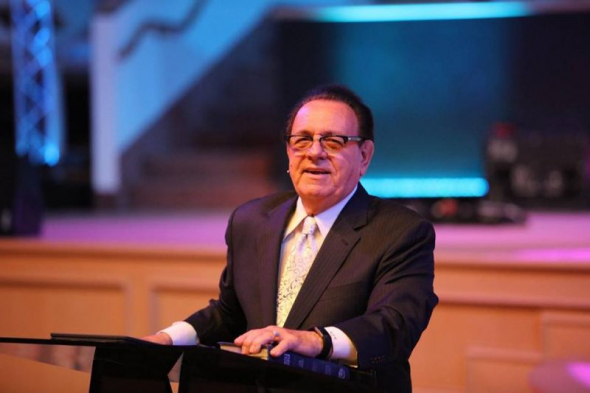 Thousands around the world are now mourning the death of Pastor David T. Demola, founder and pastor of the 10,000-member Faith Fellowship Ministries World Outreach Center in Sayreville, New Jersey, after he passed away at his home Tuesday. He was 74.

“It is with great sorrow that we regretfully inform you of the passing of our beloved pastor and apostle David T. Demola, who went home to be with Jesus earlier today, Tuesday, Feb. 27, 2018,” his church announced in a statement.

A church official told The Christian Post on Wednesday morning that she was unable to disclose his cause of death but confirmed he was at home when he died.

“Pastor Demola was a true giant and champion of the Christian faith who will be sorely missed by all of us here at FFM and countless others around the world whose lives he touched throughout his 58 years of ministry. We ask that you pray for his loving wife, Pastor Diane Demola, his children and other family during this difficult time. We also ask that you pray for our FFM family as we look to God for His guidance,” the church added.

Demola began his ministry as a teenager in 1959 working with gang members and homeless people in Brooklyn, New York, through what is now Teen Challenge International, according to the church’s website. He later moved on to minister as an evangelist in Europe, the Caribbean, South America and across the U.S. His church grew out of a Bible study he started in his home in 1980.

Since then, Demola has touched the lives of thousands of congregants and ministry leaders he has influenced through initiatives such as Covenant Ministries International. As news spread of his passing, reactions on social media to his legacy spoke volumes.

Actor Dulé Hill‏, well-known for his role as private detective Burton “Gus” Guster on the USA Network television comedy-drama “Psych,” said Demola was a “major influence” in his life.

“#RIP Pastor @DavidTDemola. You have been such a major influence on my life, my faith and my walk with Christ. Thank you for your faithful journey. God bless your soul. Love to you Diane Demola and all of the @ffmwoc family. #StayEncouraged #GodIsGood #AllTheTime,” Hill tweeted Tuesday with praying hands and a heartbreak emoji.

Bishop John Francis, founder of Ruach City Church in the United Kingdom, said he was shocked by Demola’s passing and remembered him as an “inspiration.”

“I’m in shock by the sudden death of Pastor @DavidTDemola of Faith Fellowship Ministries. He was a great inspiration to the Body of Christ He will be missed! My prayers go out to his family, friends and church,” Francis said.

On the church’s Facebook page, thousands reacted, sharing words of shock and comfort knowing that he died in Christ.

“While we are shocked at this news and grieve his loss personally and to the body of Christ here on earth, we rejoice with him in his joyous celebration with loved ones who have gone before worshipping around the throne. I am forever indebted to Pastor Dave for a rich foundation in the Word and the privilege of serving for a short time on his team at FFM. I’m certain he heard those coveted words ‘Well done, good and faithful servant, enter in to the joy of your Lord,'” Patricia McClellan Miller wrote.

Prior to his death, Demola hosted the annual International Pastors and Ministers Conference, which attracted ministers from more than 150 countries. In 2001, he also began Faith International Training School, which has trained about 500 students from 75 nations around the world.