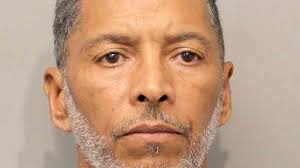 HOUSTON, Texas (KTRK) — A pastor at a northeast Houston church has been charged with sexually assaulting a 13-year-old girl.

Paul Cain, 65, is charged with sexual abuse of a child and sexual assault of a child.

Cain is a pastor of New Canaan Missionary Church at 4609 Hirsch Rd. in the Kashmere Gardens community.

Investigators say the investigation started after a female victim made an outcry of abuse.

Cain used his phone to send multiple sexually explicit messages to the victim and sexually assaulted her multiple times in 2018, according to investigators.

A deacon at the church told ABC13 that Cain hasn’t served there in months.