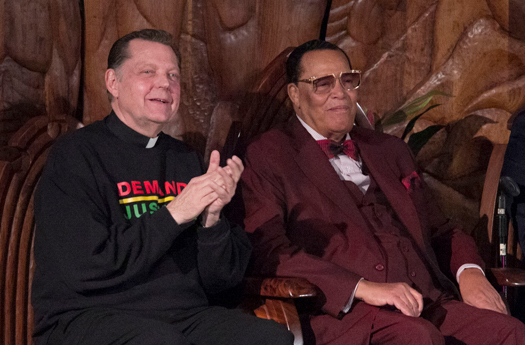 Chicago community leaders and gun violence survivors stood in solidarity with pastor, Rev. Michael Pfleger, Monday evening as he call for action in response to a violent Father’s Day weekend that resulted in 104 shot across the city, 14 fatally.

Rev. Pfleger and community members are asking the city of Chicago and state of Illinois to be as aggressive as they were with the coronavirus pandemic in the fight against gun violence.

“People invested all types of money into that,” said Kim Bodley, a gun violence survivor whose 18-year-old son was fatally shot in 2006. “The state and city. They have it. They just chose not to invest it in the Black lives that’s being taken. We need that to change.”

Graduate, 18 Randomly Shot And Killed While Driving Her Grandmother In Ohio