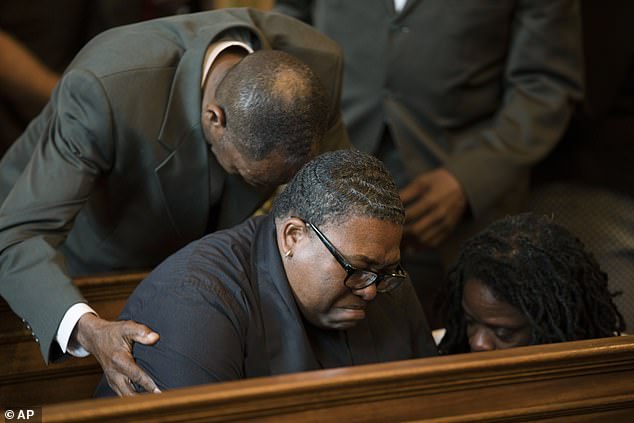 From a young age, Pastor Lesley Jones knew she was called to some sort of ministry. Concurrent life and spiritual journeys led her to what she now calls a “radically inclusive” one.

Jones, now the senior pastor at Truth and Destiny United Church of Christ in Mt. Airy, spent time as a youth minister and started seeing where the church doctrine became a concern for LGBTQ youth and their families.

“They were saying, ‘I want my child to experience all people,'” she said. “And, ‘I don’t understand; if God loves all people, what prevents people from being active in a church if they are gay, or trans, or whatever?'”

Jones left the job and took a couple of years to talk to people, study scripture and pray.

“One thing I couldn’t run away from was I knew there was a call to ministry on my life personally,” she said. “People wanted a place where they could ask questions without being criticized or ostracized. And it wasn’t just questions about sexuality, it was about the existence of God and [traditions of the church].”

Jones founded Truth and Destiny Covenant in 2003 in Mount Airy to change the way people saw the role of the church.

“If God loves all people, it’s not my church to say you’re not welcome,” she said. “I’m about being radically inclusive.”

Since its founding, Jones says the church — which is now part of the United Church of Christ — has hosted bikers, drag queens, even animals for blessings and fellowship. Its building on West North Bend Road is also open to other congregations looking for a starter space.

Jones even renewed her wedding vows with her wife of 11 years at the end of one service, after same-sex marriage became legal nationwide in 2015.

She said she’s heard the arguments and concerns about LGBTQ communities so often associated with the church that it doesn’t frustrate her anymore.

“When I hear them say, ‘Love the sinner, hate the sin,’ I look at them and say, ‘And sin is sin,'” she said. “So you must be loving a lot of people and hating a lot of things because it can’t just be that one.”

Jones said the COVID-19 pandemic further strengthened her belief that churches must adapt to changing habits and mindsets. This summer’s Sunday services are programmed around service work in the surrounding community, music, and even fun outings.https://4c190bdfda2017e9b2df688831c59abe.safeframe.googlesyndication.com/safeframe/1-0-38/html/container.html

Jones, who has also been a social justice advocate in our community, recently dabbled in politics by running for Cincinnati City Council in 2017. But she said fostering community for all people and showing them God loves them is her mission.

“People get confused about, ‘How can you say that God loves me, but yet the people that say they love God hate me and abuse me and exclude me?'” she said. “So I’m not asking you to change who you are or change what you do; can you just bring it and let’s see how God will use it?”

Reframing religion and showing God’s grace to people historically marginalized by churches makes Jones one of the Tri-State’s points of pride.