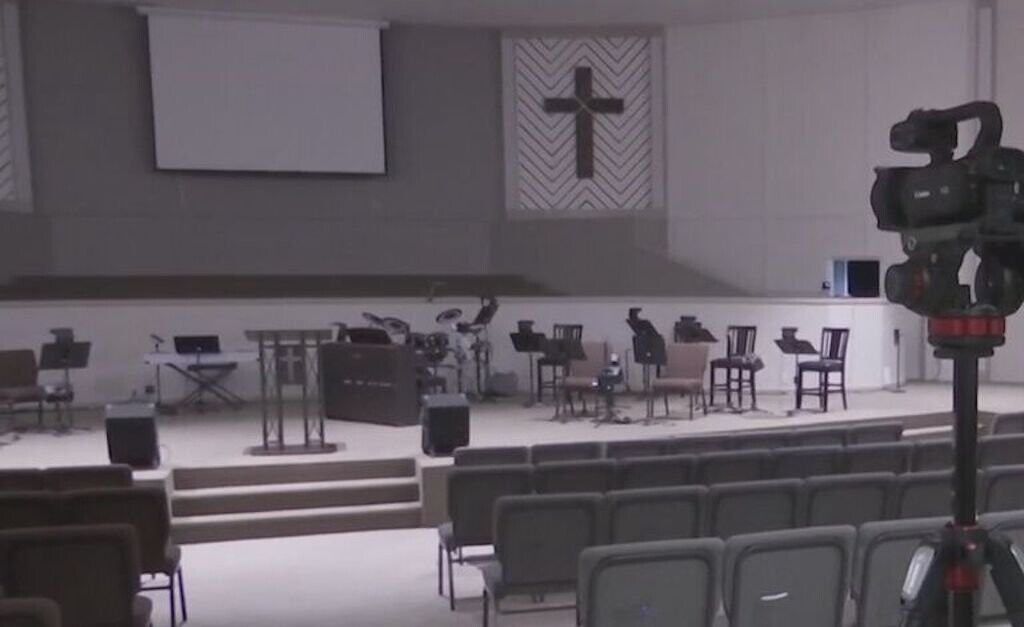 A church here has been battling a COVID-19 outbreak that sickened 60 to 70 of its members last month, according to the pastor.

The Rev. Derek Allen said the wave began the first week of December, during a post-Thanksgiving coronavirus surge that sent infections skyrocketing across the country.

“Right now, people are coming off of. So, people are getting better,” he said. “We have a few members in the hospital and talked to one just yesterday who’s coming home. And we have another who’s hoping to come home in the next few days.”

It was not the first time COVID-19 has intruded on the church. Allen said like all churches, his has struggled to navigate the pandemic, which has impacted parishioners and staff, alike. He said a few church members have died from the virus.

Among employees, Allen said, it’s easier to count who hasn’t had the disease. All but five of the 19 staff members have been sick at one point. Allen said, he himself, had a mild case in November.

Allen said that over the summer, 10 employees had the disease at roughly the same time, making virtually shutting the church down. The church has about 130 people in its music ministry. At one point, he said, the leader of that ministry went on vacation and lined up someone to assume his duties. That person contracted the virus. A backup person had to quarantine because of exposure to someone who had been infected. And a third person, Allen said, got a stomach virus.

Like all Alabama churches, the congregation shut down in the early days of the pandemic, offering services exclusively online. Since then, Allen said, the church has offered a mix of in-person and online services and has considered whether to shut down live worship services, altogether.

“We have debated shutting down, not shutting down; being wide open, shutting some services down or some aspects down,” he said. “And so, we gave thought to all of it. At the end of the day, what we’ve decided especially most recently is that we’re just going to stick as closely as possible to the CDC (Centers for Disease Control and Prevention) guidelines.”

Allen said churches are no different than other parts of society when it comes to vulnerability to the virus.

“Part of our calculation is that we see the rest of the community is not shut down in any real way,” he said. “And so it’s not a question of whether our people are going to get COVID or not. It’s a question of, are they going to be able to come to church or not?”Duluth,Georgia Launches New Policy For Cars Used Less Than 49 Miles/DayDrivers With No Tickets In 3 Years Should Do This On JanuaryAd By Comparisons.org See More

Allen said he had only been in his position for about four months when the pandemic hit, forcing him to make hard decisions before he even had sufficiently gotten to know his congregation.

That’s not to say the church has done nothing, though. Allen said a home school group that normally meets at the church has not done so since he pandemic. He said the church has invested in new video equipment to beef up its online program.

In October, church members spent 2½ hours removing all of the pews and replacing them with chairs so that it is easier to spread people out. Instead of a packed house of 400 to 500 people, services now are limited to about 225.

But often enforced occupancy limits have not been necessary, Allen said, because many people have stayed away. He said the church was “like a ghost town” during period just before Thanksgiving and Christmas.

“This is the first time as a pastor, I’ve said, ‘I hope a lot of people don’t come to church,’” he said.

Allen said it has been difficult tending to his congregation. Hospital visitation restrictions have prevented him from meeting with ill parishioners. He said he has conducted funerals with restricted numbers of mourners and even has livestreamed those proceedings.

“We estimate as a staff that last year, 2020, we were able to do about 30 percent of what we would have done in a normal year even counting the virtual things we were doing and that kind of thing,” he said. “And that just has an impact, spiritually, emotionally, mentally, on our people they count on gathering together with one another.”

Talking with fellow pastors, Allen says he believes his church’s experience has been typical. There is no playbook for the pandemic.

“We have all understood that there’s no easy way to make a decision in this season,” he said.