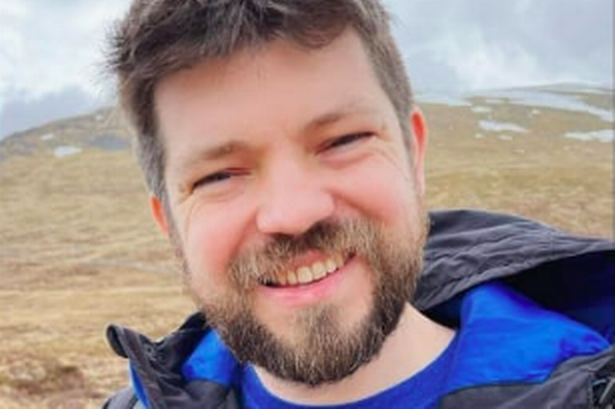 The heartbroken wife of a Scots dad has told how she is ‘completely heartbroken’ over his death from cancer just three weeks after being diagnosed.

‘Incredible’ Pastor Paul Martin, 37, passed away on July 1 from stage four cancer after being diagnosed with the cruel disease on June 8.

His beloved wife Isla announced the dad-of-two lost his brave battle, saying he was the ‘the greatest daddy’ to his family who will ‘try to navigate life without him’.

She wrote: “Today Paul went home to be with Father God in Heaven. He is healed and he is whole.

“It has been the most devastating day but I just want to thank you for all who stood along side us and prayed.

“I was with Paul when he went and I am incredibly thankful for all he was and all he has given me.

“I was truly blessed to be his wife and Luke and Phoebe had just the greatest daddy. I know he was a lot to many people. It just hurts so much that he is gone. I am completely heartbroken.

“If I could ask you to pray again, for me and the whole family and trying to navigate life without him.”

Medics found a ‘tumour’ in Paul’s ‘oesophagus that had spread to his liver and lymph nodes’, according to fellow clergymen at Livingston Elim Pentecostal Church.

A statement from the West Lothian church on June 10 asked followers to pray for Paul, while stating the cancer was ‘stage four and said to be incurable by doctors’.

They said: “Paul was a man who won the hearts of others quickly. He was endearing in nature and welcoming in spirit.

“He showed acceptance and care and was quick to make you feel at home in his presence. His sense of humour was disarming and he had a natural ability to bring you to a place of laughter without much effort.

“Paul was a passionate preacher of God’s word communicating truth and insight in relevant and meaningful ways. He invested in young people and children and found life in seeing them come alive to God.

“He loved fiercely, cared deeply and brought joy into situations, conversations and people’s lives. He longed to see hearts and lives transformed by the presence of God.

“His greatest joy in life was his wife Isla and children, they lit up his world and he adored them.

“He always sought to give permission for them to be nobody except themselves and he made room for their character and nature to flourish alongside his own. He was a devoted and loving husband and an incredible daddy.

“Heaven applauds Paul Martin and we your family and friends, we honour you too.”

The post sparked an outpouring of support from locals and those who knew Paul before his life was cut short.

One posted: “An incredible young man, a friend who would always bring a smile and wisdom to any chat we ever had and someone I loved working alongside, serving young people in Scotland.

“Just no words to describe how heavy hearts are right now.”

Another added: “A fitting tribute to the really nice guy who Paul was.

“He had time for everyone and no matter when he last saw you he would pick up where you left off.https://get-latest.convrse.

“Our loss is heaven’s gain.”

A third wrote: “A lovely tribute to Paul.