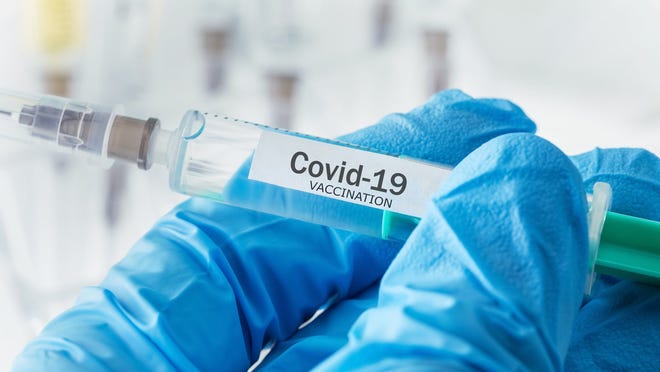 People opposing the mandate requiring students and teachers to wear masks in Natrona County School District schools explained their opposition during the Wyoming Board of Trustees’ Monday, April 26 meeting.

While Wyoming Superintendent Mike Jennings said at the start of the meeting that the district would submit a variance request on May 10, some people opposed said that wasn’t soon enough.

Tony Locke said he thought holding off until May 10 was “a ruse” to for the district to stall changes to the mask requirement. Jennings said the date was chosen to give schools time to plan for a way to accommodate students and families who are uncomfortable with lifting the face mask requirement.

Some opposed to the mandate said it was hypocritical for trustees not to immediately work to lift the mask mandate when trustees were themselves not wearing face masks during Monday’s meeting.

Wendy DeGroot said she works for Wyoming Transportation and thinks the mandate should be lifted. She noted that about 75% of NCSD staff want the rule lifted.

That is according to an NCSD survey which also found that 80.8% of parent and guardians support the variance request. Of the 810 parents opposed to removing the requirement, 205 said they would remove their students from the district if the mask requirement is lifted.

She said mask wearing resulted in lip infections for her and that “everyone around me started getting, honestly, zits.” Alyssa said she was “very not proud of how the school district has made me wear a mask all day.”

Rachel said she will be graduating from Natrona County High School this year. While she said she is naturally an extrovert, she said the mask requirement has made her more of an introvert and has ruined her love of going to school.

“Students have become more depressed than ever before,” she said. “I would like to request that you request the variance sooner rather than later.”

Jamie Bates, who was involved in organizing protests calling for the variance, said that over 750 students stayed home from school on Monday in protest.

She said that those students missing out on education Monday was the NCSD Board of Trustees’ responsibility: “That is all your fault.”

Payton, a junior at Kelly Walsh said that he has asthma and has had to take more medication than normal due to the mask mandates.

Kyle said that in his school, he was forced to wear a mask even though he came to school with a face shield.

“They said you could only have it if you have lung issues,” he said. “We thought that wasn’t fair.”

John Buck said he is a pastor of a local congregation.

“We put the Bible first in everything that we do,” Buck said. “Only sick people wear masks, according to God…What you are doing is disobeying God’s law.”

“Shame on you for buying into Satan’s propaganda…the fact that you buy into fear means that you are working for the devil.”

Mike Pyatt said that some of the protesters began on Monday night “with a word of prayer that you would have wisdom if you seek it.” He said that trustees should keep in mind that they are elected officials while the state health officer is an appointed position.

He said the trustees “should not be taking orders from an unelected official.” Pyatt said he thinks masks should be an option for those who want to wear them, but that people should also have the right not to wear them.

Emily Nichols said that she also thinks the district selected May 10 as a strategy to delay changes. While the district has said a difficulty at this point in the school year is that students could not switch from in-person to NCSD Virtual, Nichols asked what would happen if a large number of students were forced to quarantine.

The district made temporary virtual learning available to students who were forced to quarantine due to possible exposure to COVID-19 throughout the year.

“There is already virtual option for the quarantine kids,” Nichols said. “If 200 kids were to be quarantined, you’re saying we wouldn’t be able to deal with that.”

Chloe, a freshman at KW, said that she is “sick and tired” of the masks and that she gets a headache almost daily which she thinks is due to the masks.

“Masks are just about controlling us,” she said.

McKenzie, a student at Dean Morgan, said she was suspended on Monday for not wearing a mask. She said it is the first time she has gotten in trouble at school.

Gabe Lloyd said he thinks the public will remember what the trustees do at the next election. If they don’t reconsider moving the variance request up, he said “we will vote you out….that’s what will happen.”