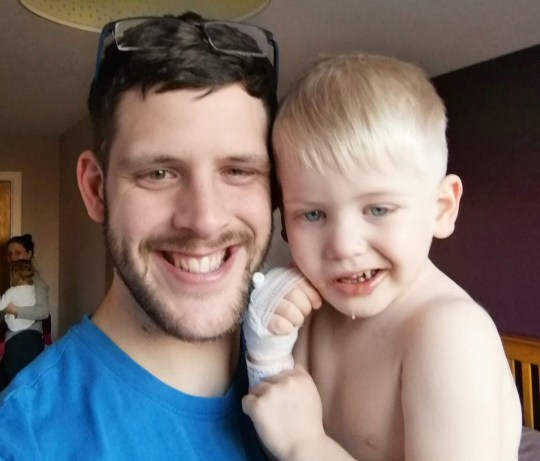 WHEN little Jack Lacey developed a new smile his parents didn’t think anything of it. The youngster had always been a happy and healthy four year old, so Wesley...
by Raquel Jayson February 12, 2020 531 Views

WHEN little Jack Lacey developed a new smile his parents didn’t think anything of it.

The youngster had always been a happy and healthy four year old, so Wesley Lacey, 29, and Rebecca Oldham, 30, just thought he was copying someone else’s grin.

The last thing to cross their minds was that Jack would soon be diagnosed with a terminal brain tumour – and be given just months to live.

However, when Jack’s health deteriorated their worst fears were confirmed – Jack had an aggressive cancer called Diffuse Pontine Glioma (DPG).

And, just a year on from getting his devastating diagnosis, brave Jack tragically passed away at home on February 10.

His parents are now sharing Jack’s heart-wrenching story to urge other parents to be vigilant and never take their families for granted.

“The message I would give to other parents is to get their kids checked for everything, no matter how small it seems.”

Jack’s parents’ nightmare begun when they noticed a change in his smile at the start of last year.

We are in hell. We can’t actually believe he’s goneWesley Lacey

At first, they thought nothing of it but they soon became more concerned when the tot developed a blink and night terrors.

And he soon started to walk with his hands in front of him to feel his way around.

After a CT scan at Sheffield Children’s Hospital just three weeks later, doctors confirmed Jack had terminal brain cancer and told his devastated family he had an average life expectancy of just one year.

Cancer doesn’t just happen to you or your child it happens to everyone in the family. Her 10 Month Old Child Has Brain Cancer…