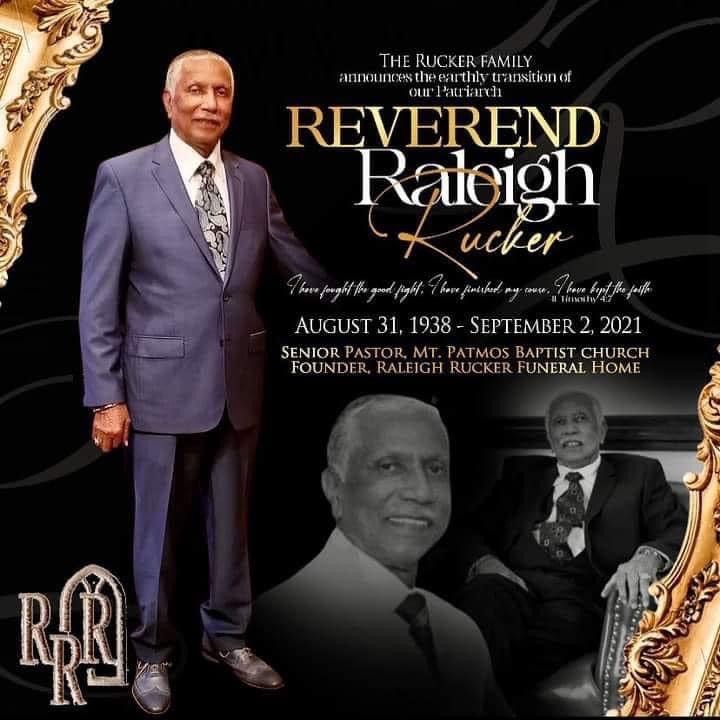 After serving 10 years in the United States Marine Corps., Raleigh Rucker worked part time at a funeral home. His former employer convinced him to go to Mortuary School....
by Zach Freeman September 2, 2021 665 Views

After serving 10 years in the United States Marine Corps., Raleigh Rucker worked part time at a funeral home. His former employer convinced him to go to Mortuary School. Once in mortuary school Raleigh figured if he could work for someone else, he could work for himself. Shortly after, Raleigh went into partnership for a short time. Raleigh saw a community in need of a businessman that cared enough to give back to the community. With faith Raleigh began to look for an ideal location which would accommodate a funeral business as well as a nearby residential property for his family. In 1972 he found 341 Candler Road SE, Atlanta, Georgia. He named it Raleigh Rucker Funeral Home. However, while at the 341 Candler Road location the now Rev. Raleigh Rucker, endured hard times. Many times asking family and friends to help when needed. Once the business began to look more promising, Rev. Rucker began to expand his vision to his children and grandchildren. With faith in one hand and a new vision in the other, once again he began to look for another location that would be large enough to provide new services to Metro Atlanta and its surrounding areas.

Rev. Rucker envisioned a large building with spacious reposing rooms, a chapel, arrangement room, refrigeration for remains, three station preparation room (equipped with a 1000 lbs lift), garage, along with many other amenities. After 34 years of perseverance, hard work, and many long hours Rev. Rucker and his family built a 10,000 square feet facility from the ground, which is located at 2199 Candler Road, Decatur, Georgia, which is next door to Mt. Patmos Baptist Church, where Rev. Rucker is the Pastor & Founder. The funeral home with its gorgeous landscape can be seen from both Raleigh Rucker Way and Candler Road. The rear parking lot is also located on Raleigh Rucker Way. This facility has become a wonderful addition to Candler Road and DeKalb County. So in July of 2006, God allowed Rev. Rucker and his staff to enter the doors of Raleigh Rucker Funeral Home.