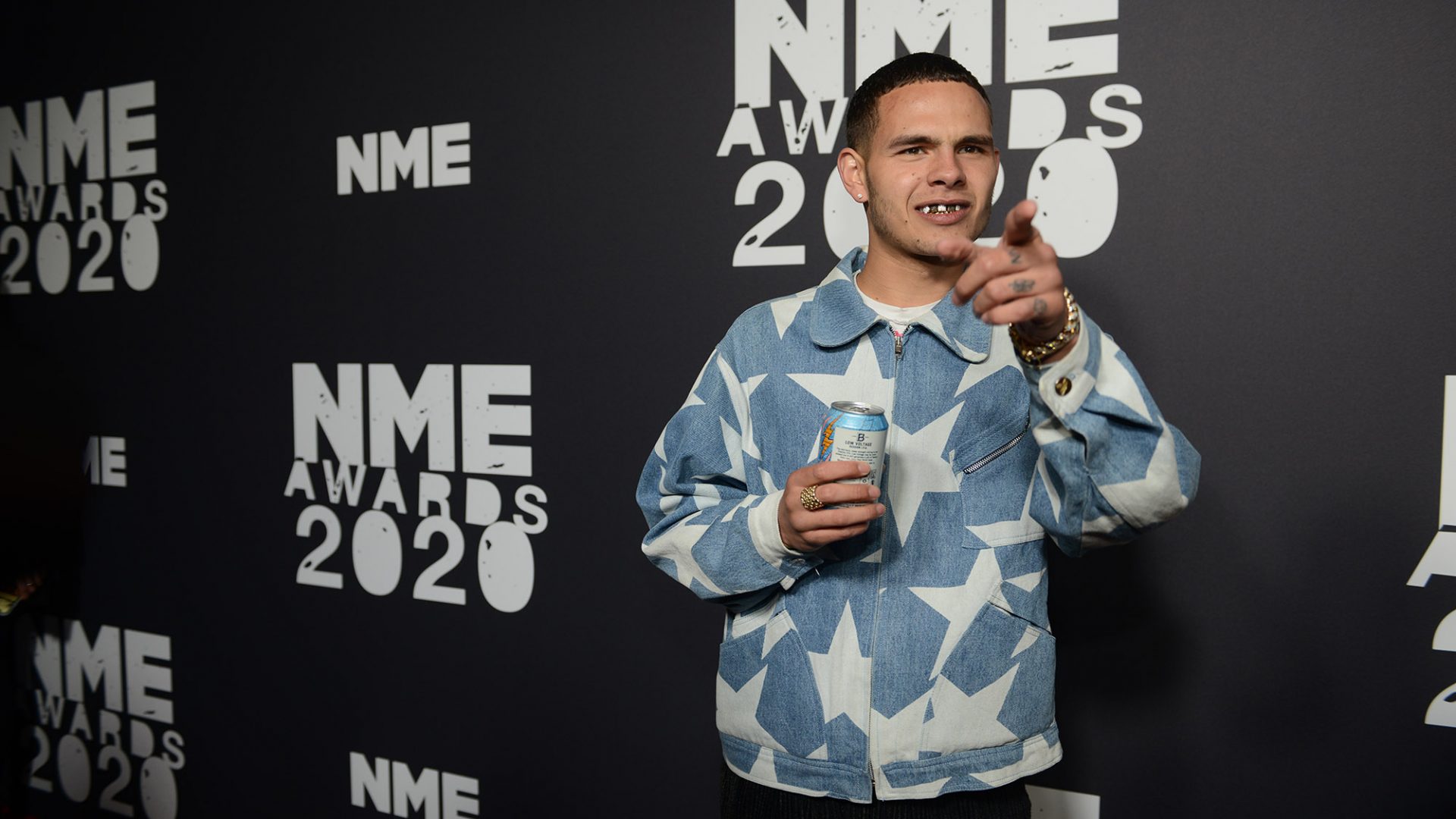 OMG! Rapper Jumps In Audience When Fan Interrupts Him During His Acceptance Speech At The NME Awards

RAPPER Slowthai pelted a fan with a champagne glass and had to be restrained by bouncers during an explosive row at the NME Awards last night. He didn’t make...
by Raquel Jayson February 12, 2020 94 Views

RAPPER Slowthai pelted a fan with a champagne glass and had to be restrained by bouncers during an explosive row at the NME Awards last night.

He didn’t make me uncomfortable.
This is why we need women in positions of power. I knew he had lost from the moment he opened his mouth like any heckler coming up against a COMIC – not a woman – a COMIC. I was operating 2/10. What a sweet boy. I defused it.
Tonight was fun! ❤️ https://t.co/BBMPZpIvhy

The furious star jumped into the crowd after members of the audience labelled him “misogynistic” and accused him of making host Katherine Ryan feel “uncomfortable” with a string of lewd comments.

Shocked Twitter users shared footage of him leering at the host and telling the audience: “She wants me to tend to her flowers.”

After being confronted by fans, the rapper, 25, hurled his microphone into the audience only for a man to pick it up and call him a “wasteman” before throwing it back at him.

He then appears to throw a glass of champagne at punters before launching himself into the crowd.

The ugly scenes erupted following his bizarre exchange with comedian Katherine – as he accepted the Hero of the Year prize at Brixton Academy, South London.

He began by urging her to “smell my cologne” as he says “smells good don’t it” and shushes her, calling the host “baby girl”.

She appeared to try to get away from the Nottingham musician as he proceeded to paw at her while they were both on stage.

The rapper was seen attempting to lean his head on Katherine’s breasts while he got up close and personal with the comedian.

Katherine responded sarcastically with: “You are like the hottest guy I’ve seen.”

After a brief exchange she added “I am so thirsty for your c*** thank you for the attention” before pulling a disgusted face.

Slowthai then went on to tell her she could earn him, but she fired back: “Or I could just earn loads of money and buy my own house without a man.”

Kathrine also referred to him as “needle d***” during their heated exchange.

One guest at the ceremony said: “It was incredibly uncomfortable to watch. At first Katherine didn’t seem to know what to do and then decided her best bet was to mock him.

“It not the kind of behaviour you expect at an industry event – especially not someone behaving that way and invading the stage.”

But the Canadian comedian has since took to Twitter to say that Slowthai didn’t make her feel uncomfortable and that she instead “defused” the situation.

She said: “This is why we need women in positions of power.

“I knew he had lost from the moment he opened his mouth like any heckler coming up against a COMIC – not a woman – a COMIC.”

Slowthai took home the Best Collaboration award with Mura-Masa and had racked up eight other nominations at the event sponsored by Copper Dog.

The member of the public was removed as three bouncers attempted to hold the Nottingham rapper back.

Once back on stage he accused the man of “ruining his speech” and “being a wasteman” in their altercation before having a beer can thrown at him by someone else.

Fellow winner Taylor Swift was said to have been gobsmacked by the altercation with one onlooker saying “her jaw just dropped open in disbelief”.

Last year Slowthai made headlines when he stripped to the waist and yelled “f*** Boris Johnson. F*** everything” and brandished an effigy of Boris Johnson’s severed head at the Mercury Prize show, Eventim Apollo in London.

Slowthai, real name Tyler Frampton, was born in 1994 in Northampton.

The outrageous rapper has a tattoo on his midriff which reads “nothing great about Britain”.

Cancer doesn’t just happen to you or your child it happens to everyone in the family. Her 10 Month Old Child Has Brain Cancer…