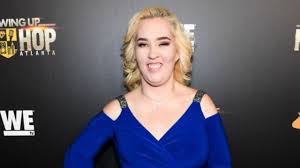 Mama June has been indicted by a grand jury on a charge of felony drug possession stemming from her arrest earlier this year … TMZ has confirmed. The charge relates...
by Alycia Pascual-Pena September 13, 2019 562 Views

Mama June has been indicted by a grand jury on a charge of felony drug possession stemming from her arrest earlier this year … TMZ has confirmed.

The charge relates to the bust at an Alabama gas station, in which cops say she was in possession of crack cocaine and a glass pipe. As we reported, her boyfriend, Geno, was also arrested on drug charges … as well as domestic violence.

The grand jury also hit June with a misdemeanor charge for paraphernalia … her boyfriend is facing the same charges.

Mama June was not at the Alabama courthouse Friday, but her sister was with a camera crew. We’re told she hoped to stage an intervention with June … but to no avail.

As we’ve reported … Mama’s life has seemingly gone off the rails in the recent months. Since her March arrest … Honey Boo Boo and the rest of the fam already had one intervention for her and begged her to go to rehab.

She didn’t, and has continued to stick with Geno. June and Geno held a bizarre garage sale and gutted her Georgia home before selling it and taking off for life on the road … in an RV.

She’s scheduled to be in court later this month.

And I Opp..Gigi Hadid has a wardrobe malfunction