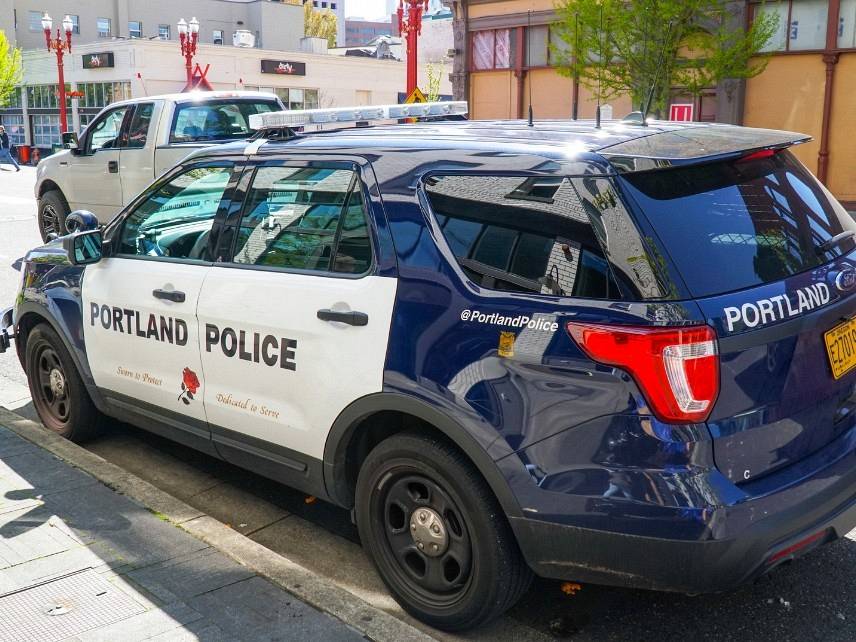 Officer that was fired for encouraging co-workers to shoot black people gets $100,000 in back pay and reinstated!

The Portland City Council voted Feb. 6 to approve a settlement that would reinstate and give $100,020 in back pay to a police sergeant fired last year for making racist...
by Joy Smith February 12, 2019 334 Views

The Portland City Council voted Feb. 6 to approve a settlement that would reinstate and give $100,020 in back pay to a police sergeant fired last year for making racist and inflammatory remarks during roll call.

The settlement, passed by a 4-1 vote, allows Portland Police Bureau Sgt. Gregg Lewis to retire under the condition that he’ll never wear a city police uniform, or work for any city bureau moving forward, OregonLive reported. Additionally, the city will remove the firing from Lewis’ personnel record, replacing it with a suspension instead.

Mayor Ted Wheeler and three other commissioners reluctantly accepted the settlement out of fear that an arbitrator would look at the sergeant’s relatively spotless record as a 25-year veteran of the bureau and overturn his firing. Commissioner Jo Ann Hardesty, the first African-American to sit on the Council, was the lone dissenter, arguing the city “should fight” efforts to dismiss an officer’s justified termination.

“I’m not willing to give up,’’ Hardesty said.

Lewis was fired in February 2018 over remarks he made Feb. 12, 2017, relating to the police shooting death of Black teen Quanice Hayes, 17. According to his termination letter, about 16 officers and three other sergeants were present for roll call in the city’s Central Precinct when Lewis said something to the effect of, “If you come across a Black person, just shoot them.”

Lewis was instructing officers on how to place civil holds on people to transport them to a detoxification center when they’re inebriated to sober up when another officer brought up an online news article about Hayes’ shooting death by a Portland Officer Andrew Hearst three days prior. This officer was “dismayed” by the comments posted in reaction to the piece, specifically one that stated, “PPB kills Black people, but only injures white people.”

“Officers began talking about this statement, and then I heard Sergeant Lewis state, ‘Well, let’s just go out and kill all the Black people,’” the letter states. “The officers appeared shocked and astonished. There was some uncomfortable laughter throughout the room, but most officers were quiet. This brought roll call to an end.”

According to records, fellow officers remembered Lewis’ words slightly differently, saying he told officers to “go out and shoot Black people,” while another claimed he said, “Well, let’s just go out and kill all the Black people.” When one of the officers objected, Lewis allegedly “laughed, threw his hands in the air and said, ‘Fuck it. What do I care?’”

When questioned by an Internal Affairs investigator about his remarks, Lewis admitted to making them but said it was only an “off the cuff joke.”

“I thought it was kind of humorous,” he told investigators, according to bureau records. “The conversation about if it was a Black guy, we would just shoot them, is inappropriate and, as a supervisor, I should have been aware of that and thought a little more plainly about what it is I was saying and the message I was delivering and how it was received.”

Lewis continued: “Having had time to look at this, I understand that somebody could take offense to this, but I was just trying to highlight this ridiculous stuff that was in the media.”

Donna Hayes, grandmother of Quanice Hayes, said she walked out of Wednesday’s Council meeting frustrated and with tears in her eyes once the settlement for the fired officer was approved. She told OregonLive she would’ve preferred to see the case go to arbitration and win. Instead, this settlement pays him off and “sends a message out that it’s all right to kill Black people,” she said.

Commissioner Nick Fish said he supported the settlement, “even though it offends me to the core to give money to this person,” but argued the arbitration would’ve cost taxpayers more money because Lewis’ termination likely would’ve been tossed out. He then placed blame on the police bureau’s own discipline guide, which sets the maximum punishment for inflammatory, derogatory language at an unpaid three-week suspension.

Fellow Commissioner Chloe Eudaly added, “there’s no good fight to fight when the game is rigged.”

Under the settlement, Lewis will be considered retired, effective Dec. 3, “with the city of Portland ensuring he receives pension credits for his adjusted service time through his retirement date,” OregonLive reported.

Man Shot With ‘Sponge Gun,’ Tasers Dies on the Way to Hospital