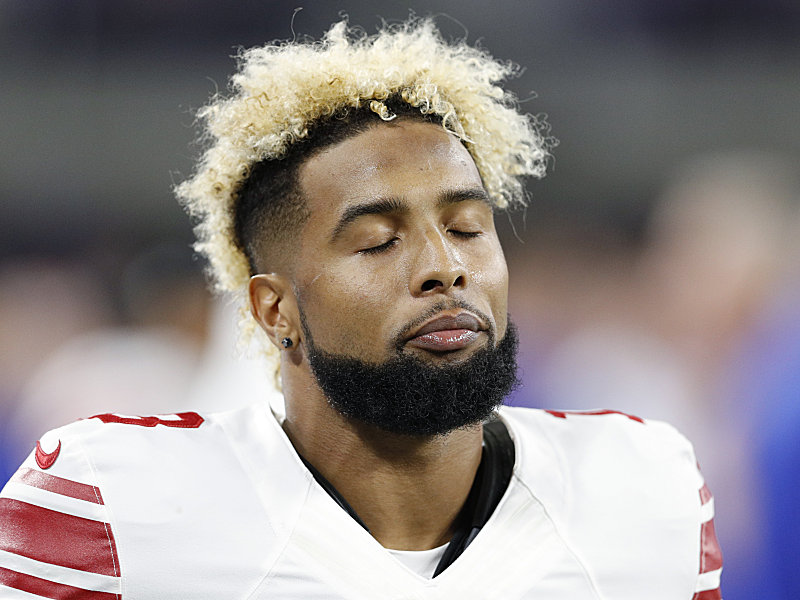 Odell Beckham on playing Sunday: I Wouldn’t Count It Out!!!

Odell Beckham ran on the side, stretched and did rehab work Wednesday, but he did not practice with his Giants teammates. That, as Ralph Vacchiano of SNY noted, has left...
by Zach Freeman September 7, 2017 699 Views

Odell Beckham ran on the side, stretched and did rehab work Wednesday, but he did not practice with his Giants teammates. That, as Ralph Vacchiano of SNY noted, has left the star receiver more hopeful than confident he will play against the Cowboys.

“I wouldn’t count it out,” Beckham said, “and my heart’s just not going to make this easy. So I can say it’s a day-to-day thing. I’m really trying to get better. It’s been two weeks. I’m itching but just patience and trusting.”

Beckham sprained his ankle against Cleveland on Aug. 21, and the Giants have provided little information since. It’s believed to be a high-ankle sprain, according to Vacchiano.

Beckham said he has done some running “here and there” and offered that his ankle feels better every day. But doctors have yet to clear him to return to the field.

“When they clear you, they’ll clear you to play,” Beckham said. “It sucks, but it’s a day-to-day thing. You try and get better each and every day. I’ve been rehabbing an endless amount of hours, in treatment, etc., just trying to get it right.”

Beckham has no concern about regaining timing with Eli Manning, having missed more than two weeks of practice time, though it seems unlikely Beckham will heal enough in four days to play.

“I’ve been throwing with Eli since I was a sophomore in high school,” Beckham said. “It’s been two weeks [without practicing]. Nothing’s really going to change. Yeah, I wish I could be practicing. But it is what it is at this point. Whenever they clear you, you can go.”

Attention Investors: Read This Before The “iPhone Tsunami”