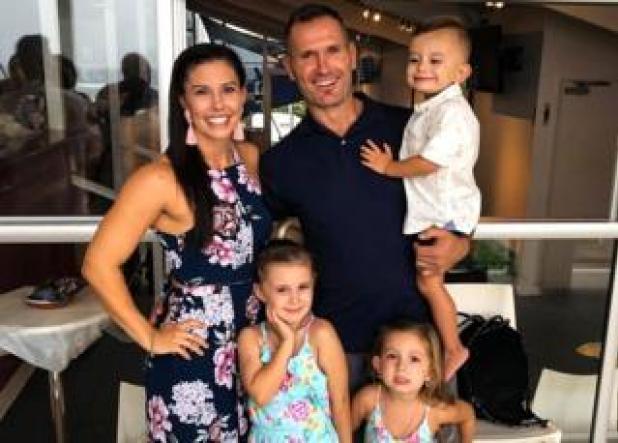 AN Australian rugby star who burned his ex-wife and children to death had repeatedly stalked her and once kidnapped one of their daughters, her grieving parents have said. Rowan...
by Raquel Jayson February 20, 2020 195 Views

AN Australian rugby star who burned his ex-wife and children to death had repeatedly stalked her and once kidnapped one of their daughters, her grieving parents have said.

Rowan Baxter, 42, doused the car his wife Hannah, 31, daughters Laianah, six, and Aaliyah, four, and son Trey, three, were in with petrol before setting it alight on Wednesday morning.

Witnesses told how Hannah – who died later in hospital – fled with her clothes in flames screaming: “He’s poured petrol on me!”

Baxter died on the street after stabbing himself, and the children all died while trapped in the car.

Hannah is reported to have been driving the children to school when Baxter ambushed them.

The children had been living with the mother while the couple worked on a custody arrangement after separating last year.

Baxter was a former rugby league player with the New Zealand Warriors, and since retiring had been running a gym east of Brisbane with his wife.

They said Baxter’s actions had been the end of a “downward spiral” of “frightening and monstrous” behaviour.

“She had to get the kids and just go without saying anything,” said Lloyd.

“Because he was such a control freak and would get into her headspace and she would give in.”

Suzanne added: “He kidnapped [one of the children] on Boxing Day and took her interstate for four days until the police got her back.

“He stayed with a mate who was an absolute animal and sent Hannah a disgusting email blaming her for everything.”

‘HE WAS STALKING HER’

They said Baxter had sometimes been permitted to see the children, but was not allowed within 20 meters of his ex-wife after a recent argument during which he assaulted her.

“We still don’t know how he got so close,” Lloyd said.

“He’s obviously ambushed her somehow, I’m sure she would not have stopped for him.

“She would be more likely to try to run over him.”

They added Hannah had come to believe Baxter had access to her phone and personal information because he seemed able to track her movements and “knew things he shouldn’t have known”.

The deaths have prompted an outpouring of grief from friends and family as well as shrines of flowers and cards at the scene and outside the Baxters’ marital home.

Australian prime minister Scott Morrison said: “My heart goes out to the families and community going through this tragic time and the emergency responders confronting what would be a shattering scene”.