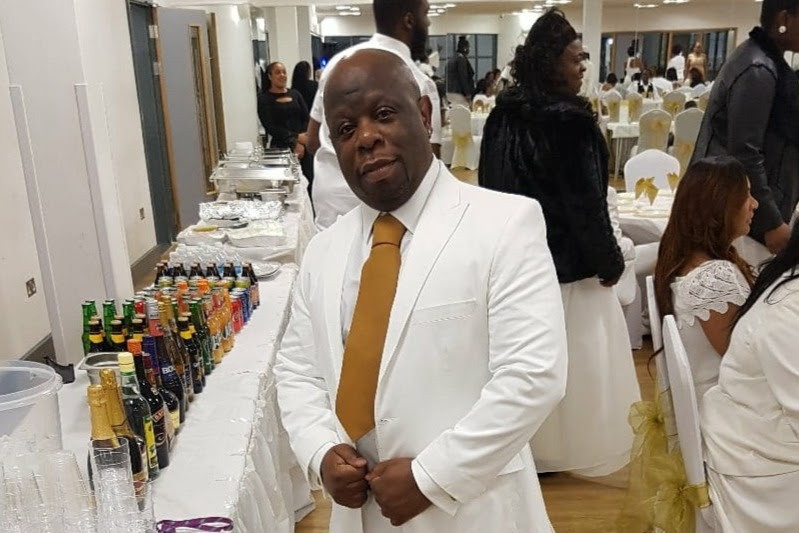 A NHS worker who died from coronavirus after catching the bug while treating a London patient complained to his wife of being given “a flimsy apron and no mask”. ...
by Zach Freeman April 2, 2020 427 Views

A NHS worker who died from coronavirus after catching the bug while treating a London patient complained to his wife of being given “a flimsy apron and no mask”.

Dad-of-seven Thomas Harvey, 57, had expressed concern about the lack of protective equipment for frontline workers, according to his family.

Thomas was an experienced nurse, who had dedicated more than 20 years of his life to the NHS before his tragic death on Sunday 29 March.

Harvey’s 19-year-old daughter Tamira says that he was “let down” and his death could have been prevented.

She told ITV News: “My dad was definitely let down.

“The Government could have prevented this.”

And Harvey’s son, also named Thomas, expressed anger that his father was unable to receive a test despite paramedics being alerted when his condition worsened a week before his death.

Thomas Harvey Jr said: “He was very weak and was complaining about pains but they had told us that his case was mild so he wouldn’t be taken into hospital for treatment.

“We were like ‘If that’s a mild case, then what’s the worst case?'”

Mr. Harvey’s friend and colleague Margaret Barron revealed on Tuesday that the police had to break down his door after he stopped responding while in self-isolation.

The NHS phlebotomist set up a GoFundMe fundraiser for Thomas’s family as the Goodmayes Hospital worker was remembered as “devoted” to his NHS job.

She said: “Thomas was a devoted member of the NHS for over 20 years and loved his job to the fullest.

“He was a cherished colleague, a husband, a father, a grandfather and a best friend.”

The page has already received thousands of donations for Thomas.

CORONAVIRUS CRISIS – STAY IN THE KNOW

Don’t miss the latest news and figures – and essential advice for you and your family.

To receive The Sun’s Coronavirus newsletter in your inbox every tea time, sign up here.

Get Britain’s best-selling newspaper delivered to your smartphone or tablet each day – find out more.

North East London NHS Foundation Trust Chief Executive Professor Oliver Shanley OBE, said: “It is with deep regret that we share with you that we have sadly lost a dear and valued colleague who had COVID 19.

“Thomas Harvey, a healthcare assistant, sadly passed away at home on Sunday 29 March.

“This is a huge loss to both NELFT and the wider NHS. I would like to offer my sincere condolences to Thomas’s family, friends and work colleagues.

“We are ensuring they are supported through this difficult time and I would like to thank colleagues for the professionalism and compassion they have shown.”

The news comes after it was revealed today that just 2,000 of the NHS’s 550,000 staff have been tested for coronavirus, with the government under increasing pressure to protect frontline health workers.

Thousands of doctors, GPs, nurses and paramedics are stuck in quarantine because they, or someone at at home, has symptoms.

Around 85 per cent could return to work if they knew they weren’t carrying the virus.

This California Pastor Is Refusing To Close His Church