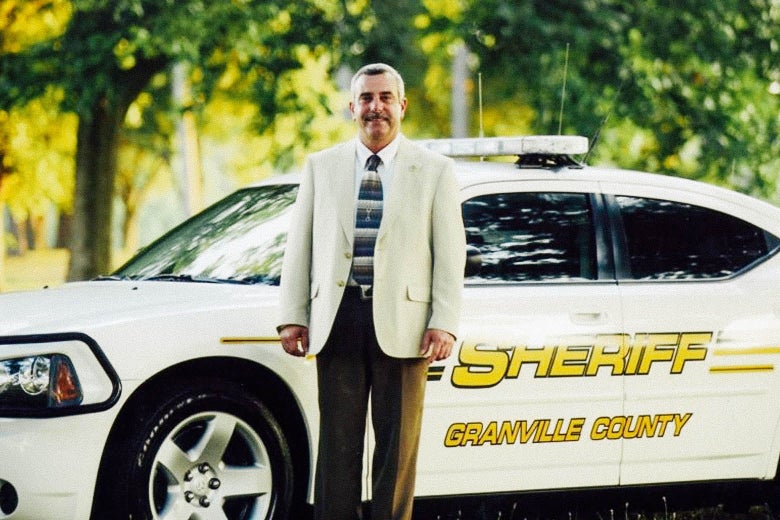 A sheriff in North Carolina has been charged with aiding an unsuccessful plan to murder a former deputy who had a recording of the sheriff saying “racially insensitive” things,...
by Alycia Pascual-Pena September 17, 2019 330 Views

A sheriff in North Carolina has been charged with aiding an unsuccessful plan to murder a former deputy who had a recording of the sheriff saying “racially insensitive” things, according to a felony indictment released Monday night.

Sheriff Brindell Wilkins of Granville County was recorded in a 2014 phone call with a “well-known” third party endorsing that person’s plan to murder the former deputy, Joshua Freeman, according to prosecutors. Voicing a fear that Freeman would soon release the tape of the sheriff saying racist things, Wilkins allegedly told the person on the call that “the only way you gonna stop him is kill him.”

Wilkins, who has served as sheriff since 2009, according to the News & Observer, also allegedly told the person how to get away with the murder without being caught. “You ain’t got the weapon, you ain’t got nothing to go on,” he said. He also advised that the “only way we find out these murder things is people talk,” and therefore “you can’t tell nobody nothing, not a thing.” The person on the phone gave Wilkins a time and place where the planned murder would be, and Wilkins did not alert the deputy or in any other way intervene. He instead promised not to reveal anything about the murder after the fact. The plan was not carried out, but it’s not clear what happened.

Email address:Send me updates about Slate special offers.By signing up, you agree to our Privacy Policy and Terms.Sign Up

The North Carolina State Bureau of Investigation, which began investigating the threat after Freeman gave the district attorney a copy of the recording (it’s not clear how Freeman obtained it), concluded that the threat was credible and pointed to Wilkins’ “personal animosity” toward Freeman as a motivation for the sheriff’s behavior.

Wilkins was indicted on two counts of felony obstruction of justice based on his failure to intervene in the plot and his alleged advice to the would-be murderer. He was released on bond Monday night and, according to the News & Observer, remains sheriff for now.

There Is A Bishop That Is Not Afraid Of What T.I. Has To Say About The Money Sermon At Kanye’s Sunday Service In Atlanta