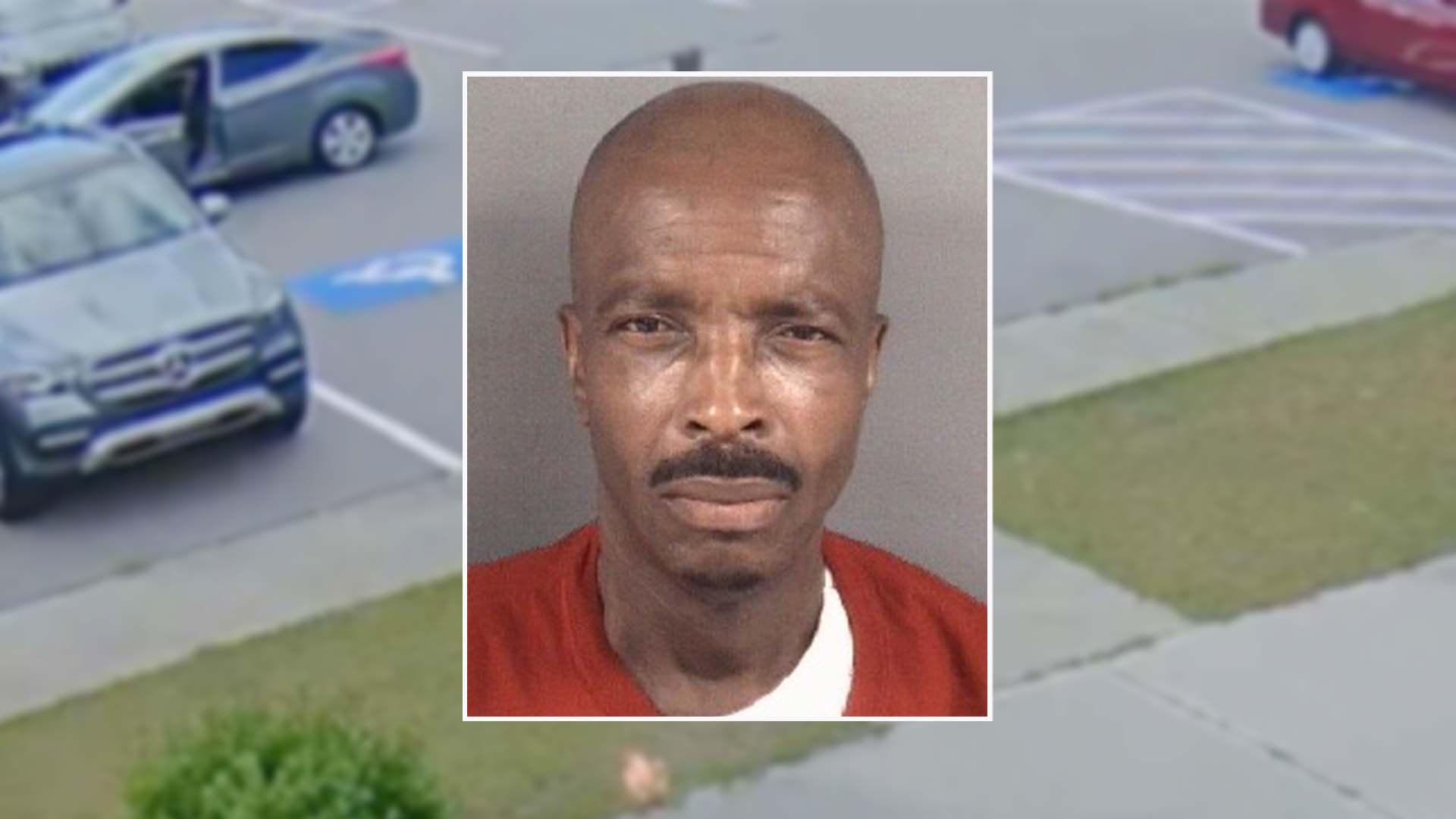 The Cumberland County Sheriff’s Office has arrested the man who threw Molotov cocktails at two churches, one near Hope Mills and the other in Gray’s Creek.

Raeford was charged with with two counts of manufacture, assembly, possession, storage, transportation, sale, purchase, delivery or acquisition of a weapon of mass death and destruction and two counts of malicious damage of occupied property by use of explosive or incendiary.

The attacks happened Sunday morning while church services were underway. It’s unclear why these churches were targeted.

New Calvary Missionary Baptist Church outside Hope Mills is under video surveillance, and a camera captured the act.

The video shows what deputies believe to be Raeford arriving in a gray, four-door car just after 11 a.m. Sunday.

As he stands in the parking lot, he throws a water bottle toward the front steps. Something flies out of it, and a small flame ignites on the grass.

He then gets in a car and drives off, with the charred ground he left behind visible.

A trustee of the church, Eddie McKoy, told WRAL News it happened during Sunday school.

McKoy said it sounded “like a shot.” Everyone remained calm, he said, but they were concerned.

The church’s deacon, Charles McLauchlin, also spoke to WRAL News, saying it sounded like something hit the church building.

When he and two others went outside, a small fire was burning in the grass along the side of the building.

He said they put it out with water and called the sheriff’s office.

Neither could say what motivated the incident, but they called it distressing. Nobody was hurt at either church.

Sergeant Mickey Locklear with the Cumberland County Sheriff’s Office said arson investigators are on the case.

Deputies said Raeford was fully cooperating with the investigation.