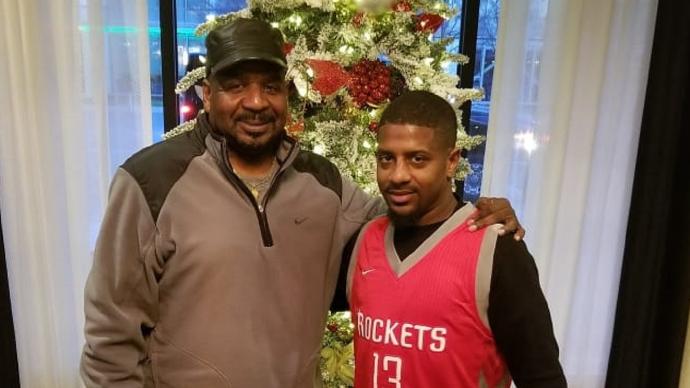 No One Has Been Arrested Yet For The Murder Of This Bishop’s Son. He Was His Minister Of Music.

It’s been a week since the fatal shooting of a father of five in Killeen. Since then, his family says it’s been hard to process. Darryl Shaw and his...
by Zach Freeman October 14, 2019 359 Views

It’s been a week since the fatal shooting of a father of five in Killeen. Since then, his family says it’s been hard to process.

“Simeon was my musician, he was my friend, and he was my traveling partner,” said Bishop Darryl Shaw.

Darryl Shaw, the leader of The Rivers of Living Waters Church, has been a voice in the Killeen community for decades.

As of Friday night, still no motive in the shooting and no arrests have been made.

Since his son’s death, a new calling for the bishop.

“I believe when the church, the clergy and city council come together and begin to talk unity, we can at least put a dent in these homicides we have going on,” Darryl Shaw said.

For 2019, Killeen Police Department says there have been 10 reported homicides. That number surpasses the seven reported murders in all of 2018.

A Texas Inmate Is Trying To Represent R. Kelly In His “Child Sex Case” He Filed Handwritten Documents On His Behalf