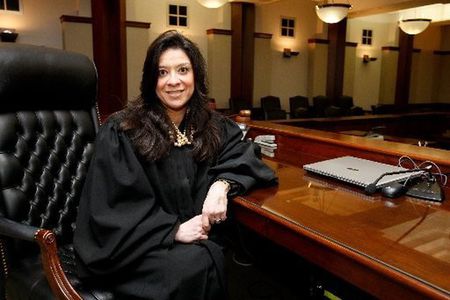 What to Know Authorities believe a man found dead in NY Monday was the shooter who killed a New Jersey federal judge’s son and wounded her husband at their...
by Raquel Jayson July 20, 2020 331 Views

Authorities believe an attorney found dead in New York Monday was the shooter who killed a New Jersey federal judge’s son and the wounding of her husband a day earlier, law enforcement sources with knowledge of the case tell News 4.

The man’s body was found on a property in the Sullivan County town of Rockland, near Liberty, which is in the New York Catskills. One senior law enforcement official says authorities are looking into whether there was a package or envelope addressed to the judge found near the man, who may have died of self-inflicted gunshot wounds. The official also said the FBI, US Marshals and police were searching a vehicle the man was thought to have been using.

They are also investigating whether a gun found at the scene matches the one used to kill Judge Esther Salas’ son and wound her husband, law enforcement sources say. No other details on the man were immediately available.

Salas’ son and husband were shot at their home in New Brunswick around 5 p.m. Sunday. The 20-year-old son later died, while the husband was critically wounded.

The FBI, U.S. Marshals, New Jersey State Police and the New Jersey Office of the Attorney General all have personnel investigating, and the FBI had tweeted it was looking for “one subject” in the shooting. It’s not clear what led authorities to the location in Liberty where the suspect was found dead.

Some reports indicated the shooter may have been dressed as some sort of delivery driver. FedEx issued a statement Monday saying only it was fully cooperating with authorities and, “Our deepest sympathies are with Judge Salas and her family at this time.”

The motive wasn’t immediately clear. Law enforcement officials said one theory was a possible home invasion robbery gone wrong, but stressed all theories were still on the table.

“The FBI is investigating a shooting that took place at the home of Judge Esther Salas in North Brunswick Township, NJ early this evening July 19. We are working closely with our state and local partners and will provide additional updates when available,” the bureau said in a statement.

New Jersey Attorney General Gurbir Grewal pledged the full support of his office as well as the resources of the New Jersey State Police in the probe. The US Marshals are also assisting.

Salas, a judge of the U.S. District Court for New Jersey in Newark, has been in her seat for nine years. Before that she spent five years as a magistrate judge, and nine years prior to that as a federal public defender.

She is the first Latina to serve on the federal bench in New Jersey.

Salas has presided over a number of high-profile trials in her tenure, including the trial of former “Real Housewife” Teresa Giudice.

More recently, Salas has presided over an ongoing lawsuit brought by Deutsche Bank investors who claim the company made false and misleading statements about its anti-money laundering policies and failed to monitor “high-risk” customers including convicted sex offender Jeffrey Epstein.

“Daniel was a rising junior, enrolled for classes beginning in the next few weeks. He turned 20 last week,” a statement from the university read.

Kanye’s First Presidential Rally Was More Like A Church Service