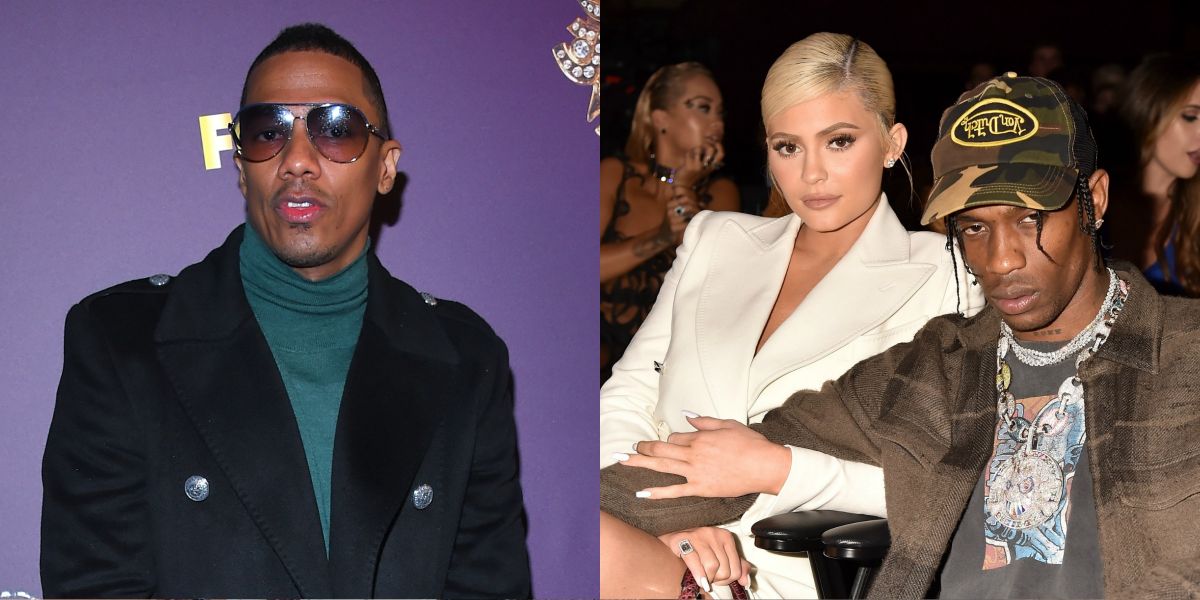 Nick Cannon says he’d rather his daughter be like Bhad Bhabie than Kylie Jenner!

You’d think that with Wendy Williams on an extended medical leave for her fractured shoulder, it would bring some relief to her one of her favorite targets, the Kardashian-Jenner...
by Joy Smith February 7, 2019 512 Views

You’d think that with Wendy Williams on an extended medical leave for her fractured shoulder, it would bring some relief to her one of her favorite targets, the Kardashian-Jenner clan. But nope! She’s now having guests hosts on her daytime talk show and Nick Cannon went to town on Kylie Jenner, 21, for getting lip fillers during her teenage years during his Feb. 6 Hot Topics segment. The cosmetics mogul is hurt by his mean call-out, especially when it came comparing her in a less favorable way to Danielle Bregoli, a.k.a Bhad Bhabie, and her loud mouthed controversial behavior. Not only that, it’s reignited Kim Kardashian, 38, and Kanye West’s feud with Nick by picking on Kim’s little sis.

“Kim and Kanye already had their own beef with Nick last year but as soon as Kanye confronted Nick he backed down and apologized for being disrespectful. He talked a good game about how he was going to have respect for Kanye and his family and yet now he’s back at it again and attacking Kylie. Kim is furious she feels like Nick is a phony and a clout chaser. This has reignited the feud,” a source close to Kimye tells HollywoodLife.com EXCLUSIVELY. In Sept. of 2018, Nick insinuated that his former 2006 GF Kim had hooked up with Drake, which she said never happened and Kanye told him to never speak on his wife’s name again.

Nick made the bizarre comparison between Kylie and Bhad Bhabie when discussing the 15-year-old’s new show on Snapchat. He told the audience “I’d rather my daughter go in this direction [be more like Danielle] than go in the Kylie Jenner direction. That’s just me…this girl [Danielle] might have a bad mouth, she needs some guidance, she needs a whoopin But, at the same age,” Nick added, “Kylie Jenner was getting plastic surgery.” OUCH! And so unnecessary.

“Kylie is offended by Nick’s remarks about her body. She feels they are mean, hurtful and just not nice. Kylie feels that Nick has no idea what he is talking about regarding her life and it bothers her even more that he compared her to Danielle Bregoli. Kylie feels the comparison between the two is completely unfair. Kylie works hard to be a good role model for young women and so Nick’s comments were particularly out of line,” a source close to the mother one of one tells HollywoodLife.com EXCLUSIVELY.

It’s not just Kylie who was taken aback by Nick’s out of nowhere diss, as her baby daddy and parter Travis Scott, 26, is angry that the 38-year-old The Masked Singer host would call out Kylie for no good reason. “Travis was even more upset by the disrespectful comments by Nick. Travis does not like that Nick talked about the mother of his child, Kylie, like that. Travis is now eager for the next time he sees Nick again to discuss the issue man to man,” our source continues, adding “Both Travis and Kylie wish Nick would leave them alone and not talk about her again.”

A second Kylie source tells us EXCLUSIVELY, “Nick’s vendetta against Kylie and Travis is confusing to them. Sure everyone is going to have their comments when it comes to Travis and the Super Bowl, but for Nick to attack Kylie felt like a low blow. They don’t really know what he is trying to prove. He is obviously trying to get people talking by saying it during his Wendy Williams stint, but to Travis and Kylie its a bit tacky that he is attacking them at all in the first place.”

Wells Fargo customers are furious as 2nd service outage in a week!