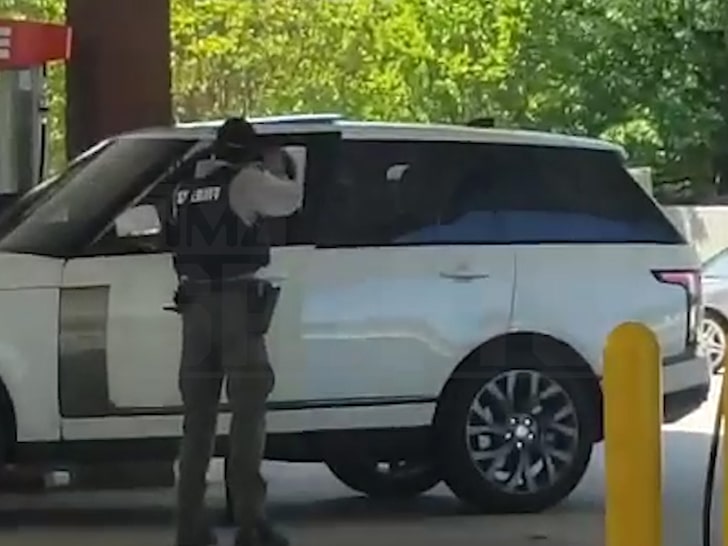 Bashaud Breeland‘s arrest Tuesday nearly turned tragic … terrifying video of the scene obtained by TMZ Sports shows the NFL player’s face was within inches of a cop’s drawn gun during...
by Zach Freeman May 1, 2020 529 Views

Bashaud Breeland‘s arrest Tuesday nearly turned tragic … terrifying video of the scene obtained by TMZ Sports shows the NFL player’s face was within inches of a cop’s drawn gun during the stop.

Breeland was detained at around 11 AM at a South Carolina gas station after a York County Sheriff’s Office deputy says he saw the K.C. Chiefs player and 2 other men smoking weed.

The officer claims when he stopped Breeland for questioning … the 28-year-old became combative — and in new footage we obtained from the incident, you can see how the confrontation escalated in a hurry.

In the video, the officer attempted repeatedly to place the Chiefs cornerback in handcuffs … but Breeland consistently refused.

At one point in the vid, you can see the cop pulled a taser on the 5’11”, 195-pound defensive back … ordering him to stop resisting.

“Put your hands behind your back or you will get tased,” the officer said. “Turn around and face away from me! You’ll get tased!”

Breeland, though, ignored the officers orders … and when he wriggled away from the cop and got into his car — things took a frightening turn.

The officer pulled his gun and put it inches from Breeland’s face … and screamed at the NFL player, “Let me see your hands! … I’m not playing!”

Eventually, Breeland got out of the car, got on the ground and ultimately relented to the officer placing him in cuffs.

Breeland was taken to jail without further incident, police records show … and he was booked on 4 charges, including resisting arrest and possession of marijuana.

“I was the one detained wit charges that really shouldn’t be charged.”

Breeland’s attorneys added in a statement Wednesday, “At the time of this encounter with law enforcement, Mr. Breeland was leaving a gas station store after making a lawful purchase.”

“Moments after returning to his vehicle, a 2020 Range Rover with valid temporary paper tags, law enforcement officers approached Mr. Breeland and drew their weapons. We look forward to investigating why this level of force was necessary.”

They added, “Bashaud Breeland is innocent unless proven guilty. We look forward to the truth coming forward.”

EXCLUSIVE: Closed on Sunday: The Autopsy of the Post Covid-19 American Church