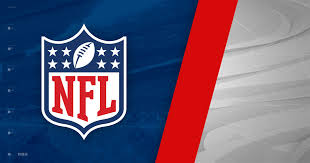 With NFL player health and safety standards under unprecedented scrutiny, league officials are ready to cut a hefty check to whoever designs the safest helmet for in-game use. Dubbed the “NFL...
by Alycia Pascual-Pena September 13, 2019 195 Views

With NFL player health and safety standards under unprecedented scrutiny, league officials are ready to cut a hefty check to whoever designs the safest helmet for in-game use.

Dubbed the “NFL Helmet Challenge,” the contest asks helmet manufacturers, engineers designers to produce a prototype that outperforms all helmets currently worn by NFL players in laboratory testing. Applicants will compete for up to $2 million in grant money toward the development of their product and a $1 million prize.

“Helmet technology is advancing at an impressive rate. Yet, we believe that even more is possible. The NFL Helmet Challenge represents an unprecedented combination of financing, research, data and engineering expertise in an effort to create a more protective helmet,” said Jeff Miller, the NFL’s executive vice president for health and safety innovation. “Innovation can be catalyzed if we engage with creative and talented people from across disciplines to attack this challenge together.”

The NFL’s helmet safety standards became a major storyline during the preseason after the league banned outdated models worn by some of its top stars, including then-Oakland Raiders wide receiver Antonio Brown and New England Patriots quarterback Tom Brady.

Since their preferred helmet models were too old to be certified for in-game use, the players were forced to switch to newer versions in order to continue their career. Brown filed two grievances related to the NFL’s decision and briefly threatened to retire in protest. The Raiders later released Brown, who signed with the Patriots and promptly became embroiled in a civil lawsuit accusing him of sexual assault.

The challenge kicks off on Nov. 13 with a three-day symposium for NFL officials and would-be entrants in Youngstown, Ohio. The event will provide information on current helmet technology, NFL concussion research data and other resources to attendees.

In May 2021, applicants who successfully produce helmet prototypes will submit them for lab testing to determine a winner.

The NFL has prioritized helmet safety amid mounting concerns about health risks associated with concussions and other brain-related injuries. The league recorded 214 concussions during the 2018 season, its lowest total since 2014.