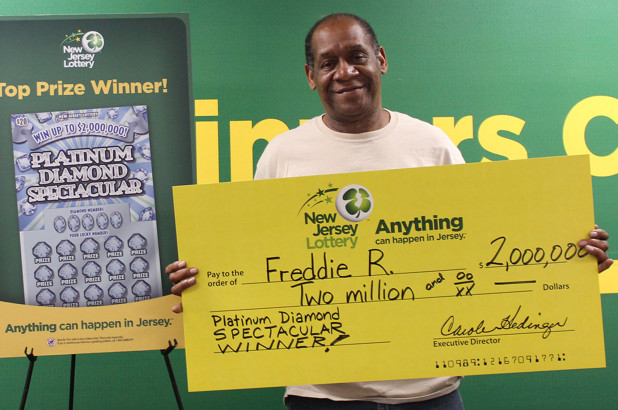 Luckiest man in New Jersey wins another lottery jackpot A New Jersey man who won $2 million in the lottery decided to try his luck with a new scratch-off...
by Jasmin Williams September 20, 2019 728 Views

A New Jersey man who won $2 million in the lottery decided to try his luck with a new scratch-off game — and won another $250,000, according to a report.

Freddie Robinson, 64, became a millionaire in 2017with the top prize in the Platinum Diamond Spectacular scratch-off game bought from a liquor store close to his home in Newark.

He decided to carry on working as a furniture repairman — and keep on trying his luck with the lottery, according to NJ.com.

After a dry spell, he decided to try a new game, buying a batch of $10 Crossword scratch-off tickets from a C-Town supermarket, he said.

After scoring $50 with one ticket, he got the $250,000 prize with the final one he checked, the website said, with him validating the winning ticket in July.

Kim Kardshian Was In A 2PAC Video Back In The Day

Oakland Police Are Asking For Help To Find Missing Teen