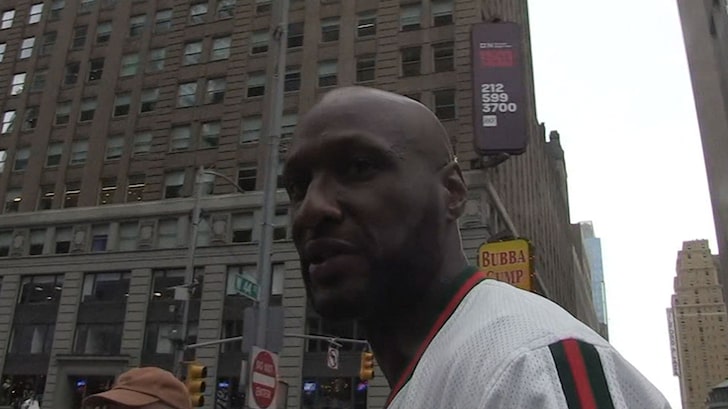 Lamar Odom has some hefty competition standing in his way from “Dancing With The Stars” greatness … but there’s one fellow world champ who specifically has him SHOOK. The ex-NBA...
by Raquel Jayson August 21, 2019 302 Views

Lamar Odom has some hefty competition standing in his way from “Dancing With The Stars” greatness … but there’s one fellow world champ who specifically has him SHOOK.
The ex-NBA star is competing on the newest season of ‘DWTS’ with celebs like Hannah B.from the ‘Bachelorette’, Kel Mitchell and James Van Der Beek … but revealed to Adam Glynwho he thinks is his biggest threat.
“I think it’ll probably be Ray Lewis,” Lamar says.

The latest lineup, announced Wednesday on Good Morning America, also includes some requisite athletes, a reality star, several singers, and a comedian. Heeeeeerrre they are:

Here are this season’s pros (pairings will be revealed for the first time on premiere night):

After skipping the spring season, DWTS will return Monday, Sept. 16 at 8 p.m. ET on ABC.

Odom has reason to fear Ray … you’ve seen his trademark moves on the gridiron (and, we gotta say, for a 6’1″, 240-pound Hall of Fame linebacker, he was nimble AS HELL).
On top of that, fellow NFL players have won in the past — like Emmitt Smith, Hines Wardand Donald Driver.
But, LO says he’s looking forward to competing and sharing his comeback story with one of the biggest audiences he’ll have since his NBA days … and hints he’s got a couple moves up his sleeve already.
Categories
CelebrityEntertainment
SHARE THIS ARTICLE
OLDER ARTICLE